It’s been nearly two years since the first in a series of five separate announcements were made regarding plans to build or expand canola crush facilities in Saskatchewan, largely in response to low-carbon fuel policies driving demand for canola oil.

Announcements are one thing, but actual construction is another.

While Ceres Global Ag has since suspended its plan for a new canola crush plant at Northgate, Cargill, Federated Co-op/AGT, Richardson, and Viterra are all moving ahead with construction. Altogether, the four projects are projected to boost crush capacity in Western Canada by at least six million tonnes per year — a 50 per cent increase. 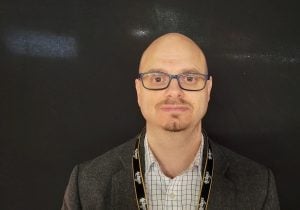 “Some of those announcements are starting to become shovels in the ground. So we have seen some progress, a lot of progress, in fact,” notes Chris Vervaet, executive director of the Canadian Oilseed Processors Association, speaking with RealAgriculture, following his presentation at the 2023 Manitoba Ag Days in Brandon, MB.

The market has also had nearly two years to think about where the canola to supply these new and upgraded facilities will come from.

“We still have a high degree of optimism that over the next decade, canola supplies will continue to increase. There’s no reason to believe why that wouldn’t happen,” says Vervaet. “Over the last 20 years, you see about an annual increase in yields, going back over 20 or 30 years, of about two to three per cent. So just on that fact alone, you extrapolate two or three per cent annual growth in yield over the next 10 years, and maybe finding some additional acres, for example, the brown soils zone gets mentioned, acreage expansion in the United States is still feasible, we could see 29 to 30 million tonnes of canola production out to 2030.”

In addition to crush capacity, there’s also been a series of announcements regarding renewable diesel production facilities that will use the new canola oil supply, driven by lower-carbon fuel policies.

“Currently in Canada, there’s not a lot of renewable diesel being produced. But over the last couple of years, we’ve seen announcements by Imperial oil, Federated Co-op, Parkland to produce renewable diesel in Canada to the tune of as much as 4 billion litres come 2027,” he notes.

Check out the interview below for an update from COPA’s Chris Vervaet on the wave of canola crush expansion coming to the Prairies, recorded at Manitoba Ag Days: