The president of the Canadian Food Inspection Agency has stepped down from her post.

Siddika Mithani sent a letter to colleagues and industry partners last week informing them of her retirement from the public service, effective Friday, January 20th, 2023.

The letter, obtained by RealAgriculture, does not state any reason for the immediate departure, but a statement shared by the CFIA on Jan 23 says it was a planned retirement.

“We congratulate Dr. Mithani on her planned retirement at the culmination of a decades long career in the public service and wish her all the best in this next chapter,” reads the statement.

Jean-Guy Forgeron, CFIA’s executive vice-president, will lead the agency until a replacement is appointed by the Prime Minister.

The president of the CFIA supervises the entire agency, its staff, and its programs, reporting to both the Minister of Health and Minister of Agriculture and Agri-Food on issues related to plant health, animal health, food safety, and international trade. 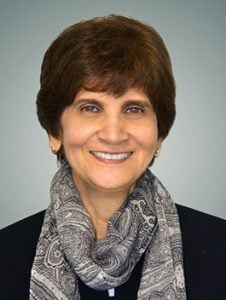 Mithani was appointed to the role by Prime Minister Trudeau in 2019.

The National Farmers Union and other groups sent a letter to Agriculture Minister Marie-Claude Bibeau in October 2022 calling for Mithani to be replaced, expressing concerns about communications between the CFIA and CropLife Canada in drafting regulations regarding gene-edited crops.

(Editor’s note: this story was updated Jan. 23 with additional information from the CFIA.)