The board of directors has announced that Suzanna Dalrymple will sept in to the role effective February 1, 2023. She will begin her transition into Gay Lea Foods on October 31. 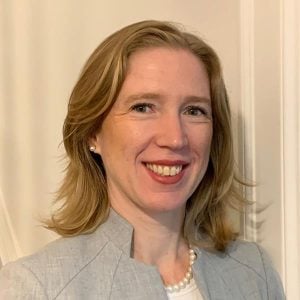 Prior to senior roles with Mars Pet Nutrition Canada, Dalrymple spent almost two decades at Procter & Gamble Canada, working progressively through senior roles in brand management and sales. Throughout her career, Suzanna has had a passion for people, often sponsoring the Women’s Network, and driving inclusive succession planning.

Barrett oversaw significant growth of the co-op during his tenure, including expansion into Western Canada, construction of the only nutraceutical-grade dairy ingredients facility in Canada, and modernization and expansion of existing processing capacity and capabilities in Ontario.

“Gay Lea Foods has achieved remarkable growth over the last eight years thanks to the vision, leadership and team that Michael has built within and surrounding our co-operative,” says board chair Rob Goodwill. “During his time as CEO, we have transformed our co-operative into a national business while setting it on a strong path toward our next phase of sustainable growth and our shared purpose of Enriching communities co-operatively. I am excited by the opportunities ahead as we look forward to further realizing our potential as a sustainable, growing foods co-operative with Suzanna Dalrymple as our incoming CEO.”