A revised Dairy Code of Practice is set to be released by spring of 2023,  a process led by the National Farm Animal Care Council (NFACC).

As part of the process, a public comment period was opened from November 29, 2021, to January 27, 2022, for any and all who wanted to submit comments on every part of the code.

According to NFACC, this latest round of public comment garnered the most comments ever received, with a total of over 45,000 comments submitted. More than 5,800 individuals reviewed the code to provide commentary. 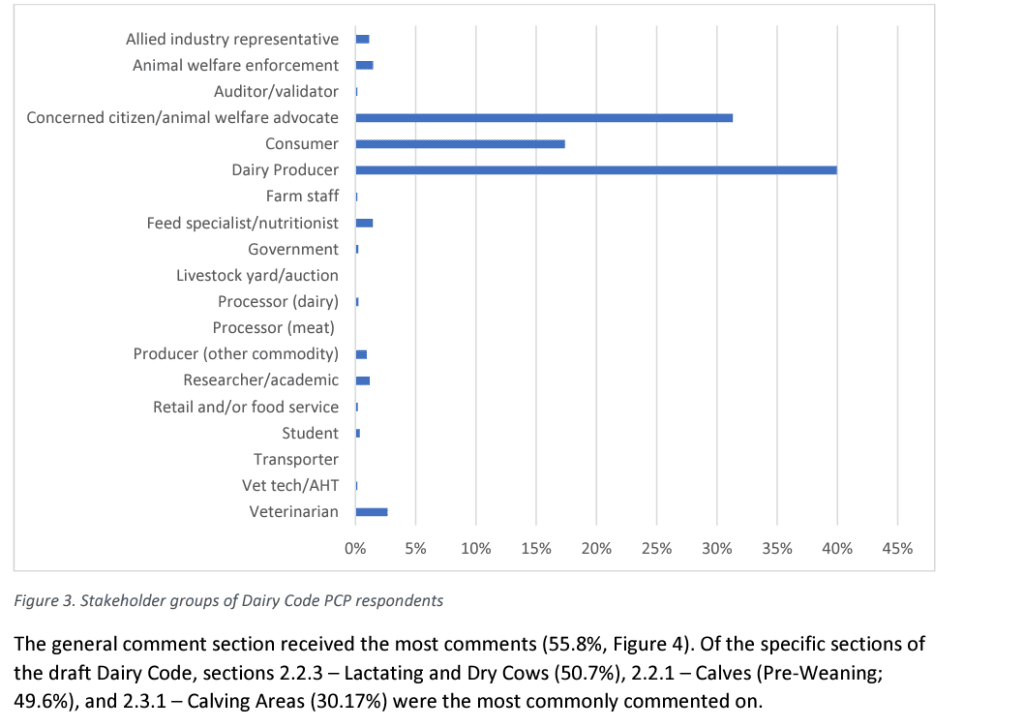 Those who identified as animal advocates/concerned citizens were most likely to comment on the pre-weaning period for calves (43 per cent of comments on a specific section).

Since the public comment period ended, the entire Code Committee (or subcommittees) have met 17 times, NFACC says. These meetings initially focused on how best to organize and analyze the input from record-setting comment period, and the group has now moved on to discussion of the general principles of the Code update, including economic implications of some potential changes, general comments on the Code overall, and other topics that apply throughout the Code and therefore benefit from being considered at once.

For more information on the Dairy Code of Practice revision and the commentary, visit the NFACC website.