Gaps remain on several headline issues, but federal and provincial agriculture ministers sounded optimistic they’ll reach a deal on the next Canadian ag policy framework as they headed into their annual federal-provincial-territorial (FPT) meeting in Saskatoon, Sask. taking place July 21 and 22.

Most of the agriculture ministers from across Canada participated in a tour of the Ag in Motion farm show at Langham, Sask. on Wednesday. While they were tight-lipped about the status of negotiations on the next five-year framework, there were several clues that they may be making progress toward a deal. 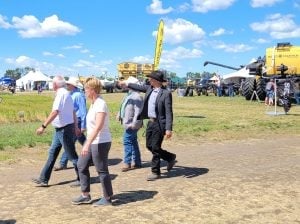 “I think we’re all very, very hopeful. The federal minister will put her off options on the table tomorrow, but I can say that in the preliminary discussions I’m feeling a lot more confident than I was a while ago. But I think we just have to see the details,” said David Marit, who’s hosting the FPT meeting as Saskatchewan’s agriculture minister.

Several provinces, including Alberta, Saskatchewan, and Manitoba, have been calling for a 25 per cent increase to the overall funding envelope for the next framework. It’s not clear whether the federal government is willing to increase its contribution by that amount — the ministers would not confirm where these negotiations were at on Wednesday, however Marit said he’s “feeling a lot more confident today than three or four days ago” about the odds of reaching an agreement-in-principle this week. 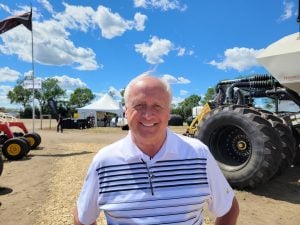 The integration of environmental or greenhouse gas emissions criteria or incentives into business risk management programs is another area that is still up for the discussion.

“What we’re really concerned about is what is the cross compliance? And is there going to be some ties to some of it?…is there going to be flexibility from one province to another? We’re hopeful that that will happen because agriculture isn’t same across this country,” noted Marit. 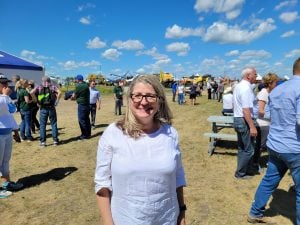 B.C. Agriculture Minister Lana Popham, who was born in Regina, is the longest-serving minister at the FPT table this week, having served in the role since 2017.

“So I’ve seen a lot of FPTs and how they roll out and I feel really positive about this one. There’s been a lot of hard work done,” said Popham.. 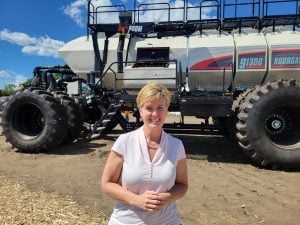 “I’m very hopeful that we will agree on a framework before the end of the week, and then our office will be in a position to finalize the programming, to get ready for this agreement by April 2023,” Bibeau told RealAgriculture.

She did not comment on whether the federal government will agree to the provinces’ request for a 25 per cent increase to the overall funding.

“I will invite you to our press conference on Friday morning, and you will then know the end of the results of this discussion,” said Bibeau.

Listen to comments from Ministers Bibeau, Marit, and Popham while touring Ag in Motion on Wednesday: