Beginning his eighth year on the Beef Farmers of Ontario (BFO) board, Jack Chaffe will lead the producer group as president for the year. Chaffe and his family operate a fifth-generation farm near Mitchell, Ontario, and market over 2,500-head of cattle per year through the Ontario Corn Fed Beef program. 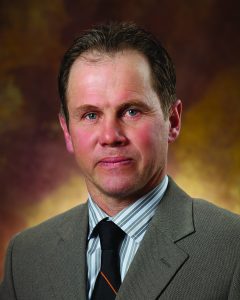 Announced at the BFO’s 60th annual general meeting held last week, Chaffe steps in to replace Rob Lipsett who has stepped down from his leadership role but remains on the board this year to complete his final term as background director.

Craig McLaughlin from Renfrew Country will serve as vice president. McLaughlin runs a cow-calf and backgrounding operation, and has served on the board for five years.

Also returning to the board in 2022 are Don Badour as cow-calf director, Joe Dickenson as feedlot director and Kim Jo Bliss as director at-large. Ron Stevenson was acclaimed to his position and returns as southern director.