The previous owner and namesake of Buhler Industries has sold his remaining stake in the Winnipeg, Man.-based company to Russian farm equipment maker Rostselmash.

John Buhler sold 80.4 per cent of the shares in Buhler Industries to Rostselmash for $145 million in 2007.

On December 22, 2021, Buhler and Highland Park Financial Inc., which he controls, sold their remaining 16.3 per cent interest in the company for $3.00 per share, or $12.3 million, according to financial statements filed by the company. 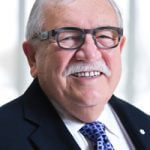 Rostselmash — the largest combine manufacturer in Russia — now owns 96.7 per cent of the shares in Buhler. The remaining shares are held by investors via the Toronto Stock Exchange.

Under Buhler’s ownership, the company grew to own seven manufacturing plants in Canada and the U.S., with over 800 employees building and selling agricultural equipment primarily under the Versatile, Farm King, and Allied brand names. Buhler also has a deal to make high-horsepower tractors for Kubota at its Winnipeg plant.