Now that the 2021 election is complete and we know who will be returning to Ottawa once Parliament resumes, the focus shifts to cabinet appointments and the upcoming throne speech.

As of Friday, Prime Minister-elect Justin Trudeau has not yet held a post-election press conference, saying he wants to wait until all the votes have been counted by Elections Canada. It’s expected he will outline the Liberals’ timeline for a throne speech and the return to Parliament next week.

For agriculture, the main focus with every new government is: who will be the Minister of Agriculture and Agri-Food? While a rural or agricultural background is not required, it can be helpful for a politician trying to get up to speed with an industry as complex as agriculture and food. With a largely urban-based caucus, the Prime Minister and his inner circle have a limited number of candidates with a traditional ag minister background to choose from.

Here are some of the possibilities: 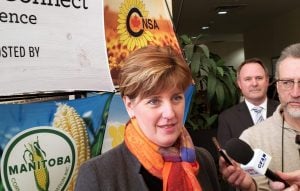 Marie-Claude Bibeau (Compton—Stanstead) – As the person that has held the role since March of 2019, Bibeau is clearly the front-runner for the role again. She has built relationships with farm groups and industry stakeholders, as well as her provincial counterparts, over the last two years. With four female cabinet ministers losing their seats or not running (Ministers McKenna, Monsef, Jordan and Schulte), Bibeau will likely have to stay in cabinet to satisfy the gender balance rules implemented by Prime Minister Trudeau.

Kody Blois (Kings-Hants) – This Nova Scotian is very passionate about agriculture and has made good relationships with the industry across the political aisle. He also has a significant agriculture presence in his riding and sponsored the motion at last year’s Liberal convention to recognize Canada as “an agricultural superpower.” As a younger MP with a passion for agriculture, he has potential; however, there is word in Ottawa that he may have higher-profile aspirations than the agriculture portfolio.

Francis Drouin (Glengarry-Prescott-Russell) – A veteran of the ag committee since 2016, Drouin is definitely in the mix, if Bibeau is not the selection of the Prime Minister. His name has come up in conversations about a potential ag minister going back to 2015 when the Trudeau Liberals first came to power.

Tim Louis (Kitchener-Conestoga) – Louis has been an MP since 2019 and was a member of the ag committee last session.

Lloyd Longfield (Guelph) – Longfield has represented the riding of Guelph, an agricultural hub, since 2015, including time spent on the ag committee.

Jim Carr (Winnipeg South Centre) – Carr has served as natural resource minister, trade minister, and most recently as special representative to the Prairies, since being elected as an MP in 2015. He has some connections to and awareness of the agriculture industry from his time as president and CEO of the Business Council of Manitoba.

Lawrence MacCaulay (Cardigan) – Although unlikely, we can’t rule out the former ag minister (2015-2019) returning to the post. MacCaulay won his 11th consecutive election, a streak dating back to 1988, in the eastern PEI riding of Cardigan.

Marie-Claude Bibeau is likely to remain the Minister of Agriculture and Agri-Food. Although her relationship with some of the provincial agriculture ministers has been rocky, especially when it comes to reforming business risk management programs, Bibeau would likely want to see the new Canadian Ag Policy Framework and Canada Grain Act Review through to completion. She has been a loyal soldier for the Trudeau Liberals in the post, taking criticism while maintaining an upbeat and optimistic public persona. If Bibeau is not the selection, look for Blois to potentially get the nod.