The Canadian Agricultural Hall of Fame has announced its slate of inductees for 2021.

“This year’s inductees have all had a major impact on Canadian agriculture – elevating the profile of Canada’s pulse sector, leading Canada’s beef sector through two major crises, raising agriculture awareness and student literacy in Canadian classrooms, writing the book on Canadian agricultural legal policy and introducing game changing technology to Canada’s cereals sector,” says Hall of Fame president Trish Jordan. “Each are very worthy individuals and we are pleased to have them join hundreds of others who have helped shape Canada’s agricultural reputation.”

The 2021 induction ceremony is scheduled to be held Sunday, November 21, 2021 in Winnipeg. The 2020 inductees will also be recognized at the 2021 ceremony as last year’s event was cancelled due to the pandemic. The 2020 inductees are Jay Bradshaw, James Halford, Dr. Bryan Harvey and Dr. Douglas Hedley. 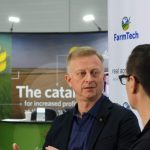 Gordon Bacon has driven transformational change in Canadian agriculture, most notably in Canada’s pulse industry. In 1997, Bacon started as head of the new Pulse Canada organization, at a time when pulse production was rapidly expanding. He stands apart as a leader seeing the need to focus on sustainability, especially when accessing food markets. Under his leadership, Canada became the world’s largest exporter of pulses. Bacon led the successful merger of Pulse Canada with Canadian Special Crops Association, bringing farmers, processors and exporters together to strengthen the pulse market. He played an influential role in the United Nations declaration of 2016 as International Year of Pulses and an annual World Pulses Day. Gordon Bacon lives in Winnipeg, MB, and was nominated by Pulse Canada.

Dr. Don Buckingham has earned the moniker of the “father of agricultural law in Canada.” A professor, researcher, advocate and author, Buckingham’s 30+ year professional career has focused on building a strong legal structure for the complex Canadian agri-food system and inspiring the next generation of agricultural lawyers in Canada. A Saskatchewan farm boy, Buckingham taught agricultural law at three Canadian universities. Often working behind the scenes, he identified and advocated for key policy and regulatory advancements to impact various aspects of the industry. Buckingham continued his advocacy for strong agricultural policy as CEO of the Canadian Agri-Food Policy Institute from 2017-2020. Dr. Don Buckingham lives in Ottawa, ON and was nominated by Dr. Wilf Keller.

Stan Eby has dedicated his entire career to improving the cattle industry across Canada. An Ontario beef farmer, Eby successfully lead the beef industry in Ontario and across Canada through traumatic and divisive events with a rational approach and steadying, calm leadership. In 2000, as president of the Ontario Cattlemen’s Association, he guided the industry through the Walkerton water crisis. In 2003, at the helm of the Canadian Cattlemen’s Association, he brought his calm-in-chaos leadership to the BSE crisis. Eby’s level-headed approach in unexpected situations has set an exemplary example for other agricultural leaders to follow. Stan Eby lives near Kincardine, ON, and was nominated by Beef Farmers of Ontario and the Canadian Cattlemen’s Association. 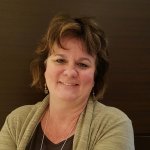 Johanne Ross is an industry change maker, dedicating her career to bringing agricultural education into classrooms across Canada. As executive director of Agriculture in the Classroom Canada, she brings her lifelong leadership role to work with government and industry, ensuring students and educators across Canada have access to relevant, credible and engaging information on the diverse field of agriculture. She built a vibrant national network that teaches agriculture in classrooms from her beginnings as executive director of Agriculture in the Classroom-Manitoba. For more than 20 years, Ross has been a tireless advocate for agriculture and youth. Johanne Ross lives on her family farm near Minnedosa, MB, and was nominated by Robynne Anderson, Laurel Hyde and Patti McKenzie.

Dr. Phil Williams is an internationally recognized pioneer and authority on near infrared spectroscopy (NIRS) technology that revolutionized the Canadian cereal industry’s ability to accurately measure and compensate Canadian producers for wheat protein. For nearly 40 years, Williams worked for the Canadian Grain Commission, Grain Research Laboratory in Winnipeg, MB. His NIRS technology led to “on-the-spot” testing for CWRS wheat protein at grain terminals – a system used in Canada since 1976 and later extended to elevators. After retirement, Williams used the technology to continuously measure liquid hog manure composition during pump out that eliminated sampling and enabled mapping of the distribution of manure constituents. Dr. Phil Williams lives in Nanaimo, BC, and was nominated by Dr. Ronald DePauw, SeCan.