The newly-formed Manitoba Crop Alliance has received its formal designation from the Manitoba government and announced its management team, clearing the path for the multi-commodity organization to begin operating and collecting levies beginning on August 1, 2020.

The group, formed through the amalgamation of five provincial commodity associations, has received approval under The Agricultural Producers’ Organization Funding Act to collect mandatory refundable check-offs from all sales of wheat (spring and winter), barley, sunflowers, corn, and flax in Manitoba.

“It is an exciting hurdle to clear as we move towards Manitoba Crop Alliance (MCA) becoming operational August 1, 2020,” says Doug Martin, secretary of MCA’s interim board, in a news release distributed July 6. “We extend our gratitude to the Manitoba Farm Products Marketing Council and Manitoba Agriculture and Rural Development for their guidance and support throughout the process.”

The check-off amounts for each crop will be the same as prior to the merger, with 86 per cent of MCA’s total budget going to three main areas: research and production, market access and development, and communication and advocacy initiatives. 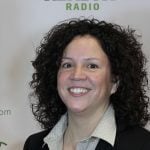 MCA announced its management team on Monday, which will be based in Carman, Man.

“In addition to their experience and dedication serving Manitoba farmers, Pam and Darcelle each bring a passion for agriculture, strong leadership and management skills to Manitoba Crop Alliance. MCA’s board of directors and crop committees look forward to continuing to work with them in their new roles,” says Robert Misko, MCA’s vice-chair. 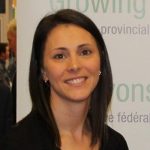 “The shield speaks to the strength and stability that comes from the word alliance,” explains chair Fred Greig. “Communication with membership and industry stakeholders is a key mandate for the Manitoba Crop Alliance. We look forward to continuing to share the other communication efforts that have been developed for farmer members in August.”