Members of the Teamsters Canada Rail Conference (TCRC) walked off the job Tuesday, November 19, to begin a strike protesting what the union calls unsafe working conditions. Negotiations between CN Rain and the union have been on-going for the past seven months with federal mediators being used in the past five months.

The 72-hour strike notice was given to CN this past weekend, as the union claims work conditions are unsafe, and that improvements need to be made regarding health benefits and time-off requests. Wages are not part of the negotiation, the union says.

The Honourable Patty Hajdu, Minister of Employment, Workforce Development and Labour says both herself and the Minister of Transport, Marc Garneau, urge both parties to continue their negotiations. 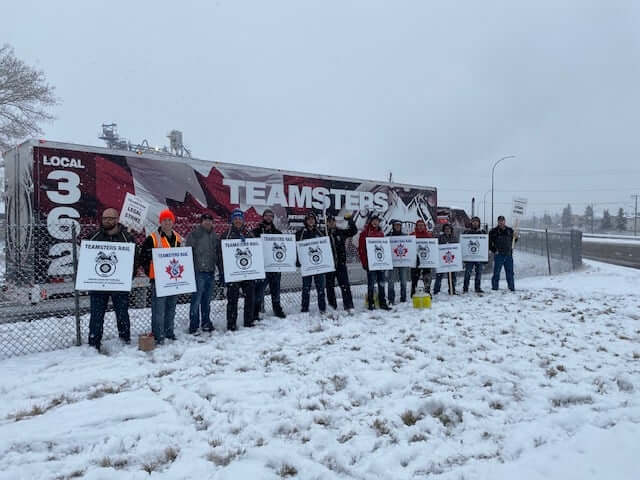 “The Government of Canada understands the importance of the rail industry and its workers to the Canadian economy. While we are concerned about the impact of a work stoppage on Canadians, we remain hopeful they will reach an agreement. The Government of Canada supports and has faith in the collective bargaining process. The Federal Mediation and Conciliation Service has been working closely with the parties since June and remains available to assist them. We are monitoring the situation closely.”

Since the news broke roughly four days ago, commodity groups have expressed the importance of getting the contracts agreed upon sooner than later, as it will be added pressure to producers already facing numerous challenges this year.

“Prairie farmers do not get paid unless we can ship our products to port,” says Todd Lewis, president of the Agricultural Producers Association of Saskatchewan. “We have experienced a tremendously difficult production season on top of falling commodity prices due to trade issues in our major markets. Any additional factor which threatens our cash flow presents a grave risk to our operations.”

Lewis added this delay would disrupt the remainder of the winter shipping season when grain shipments typically already face delays due to weather.

Urgency is also being demanded by the Grain Growers of Canada (GGC), with their chair calling it an already terrible time for the agriculture sector. According to a news release, with more than 90 per cent of grain is moved by rail, the inability to get grain to market has a significant impact on hard working farm families. If grain doesn’t move, farmers don’t get paid.

“Grain farmers from coast to coast are experiencing one of the most challenging harvests in recent memory and international trade disputes have closed some of our most reliable markets. Any delay in shipping will damage our access to hard-won markets that we must cultivate to survive,” says Jeff Neilson, GGC chair.

Talks with both the TCRC and CN continue in Montreal.