When it comes to accessible data around forages, there isn’t much out there. That’s according to Grant Lastiwka with Alberta Agriculture and Forestry who spoke at AgSmart this year at Olds, Alberta.

The forage extension specialist dubbed his talk to producers, “pasture and hayland Viagra” and his aim was to get producers excited about the data they collect around forages, and to use it to their advantage.

“If we treat it as a crop of value, it really does pay the bills, and the opportunities are great and a lot of that is exciting as I guess why we have viagra in that title,” he says while speaking to RealAgriculture’s Jessika Guse at the event.

“It’s exciting to see what we can achieve when we actually look at something differently and so when we look at it as a crop of value, how do we keep that value? how do we create that value? We get value … and we get value all the way from the pocketbook through to the forage to the soil health, to the consumer that uses our products,” he says. 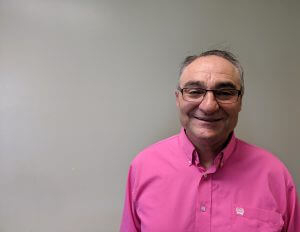 Lastiwka says Alberta Agriculture is working to get more accurate data as right now it’s not something that’s necessarily out there “being sold.” He adds there’s data surrounding hay, pastures, and a multitude of other things; however, it gets left without being used to its full extent.

“When you look at the data coming from it (whether it be) in tonnes per acre, or animal days per acre, and start comparing it, all of a sudden we find that, wow! we have some real opportunities here that we’re not realizing, so let’s take advantage of them and use them to the fullest.”

If a producer can keep track of their data on a consistent basis, it can eventually help them down the road on both the financial and economic sides of their operation, he says.

Listen below to the full interview with RealAgiculture’s Jessika Guse and Alberta Agriculure’s Grant Lastiwka: