As a grower, you want your soybeans to hit each of the marks that describe a successful crop: one that provides weed control, is easy to grow and provides a return on your investment. You may find your soybeans haven’t been hitting these marks every season. You may be wondering why – and looking to change things up in order to find the answer.

Get control of weeds

Enlist E3™ soybeans are part of the Enlist™ weed control system which includes Enlist Duo™ herbicide. What weeds will this system help you manage? In Eastern Canada, the Enlist system addresses both hard-to-control weeds like common lambs-quarters, and confirmed resistant weeds, like Canada fleabane, common ragweed and waterhemp, among several others. In Western Canada, growers can count on the Enlist system to control volunteer glyphosate-resistant canola, wild buckwheat, redroot pigweed, dandelions and more.

The power of the Enlist system comes from E3 soybeans and their unique genetic trait that offers unmatched herbicide tolerance. Jeff Loessin is Category Leader for Corn, Soybean, Cereal and Forage Seed in Canada for Corteva Agriscience, and has been working to bring Enlist E3 soybeans to the market for over six years. “The Enlist weed control system offers a new opportunity to deploy a management and weed control strategy that hasn’t been available to growers before,” says Jeff. “That’s because Enlist E3 soybeans offer tolerance to glyphosate, 2 4-D and glufosinate in one package.”

Get your soybeans growing 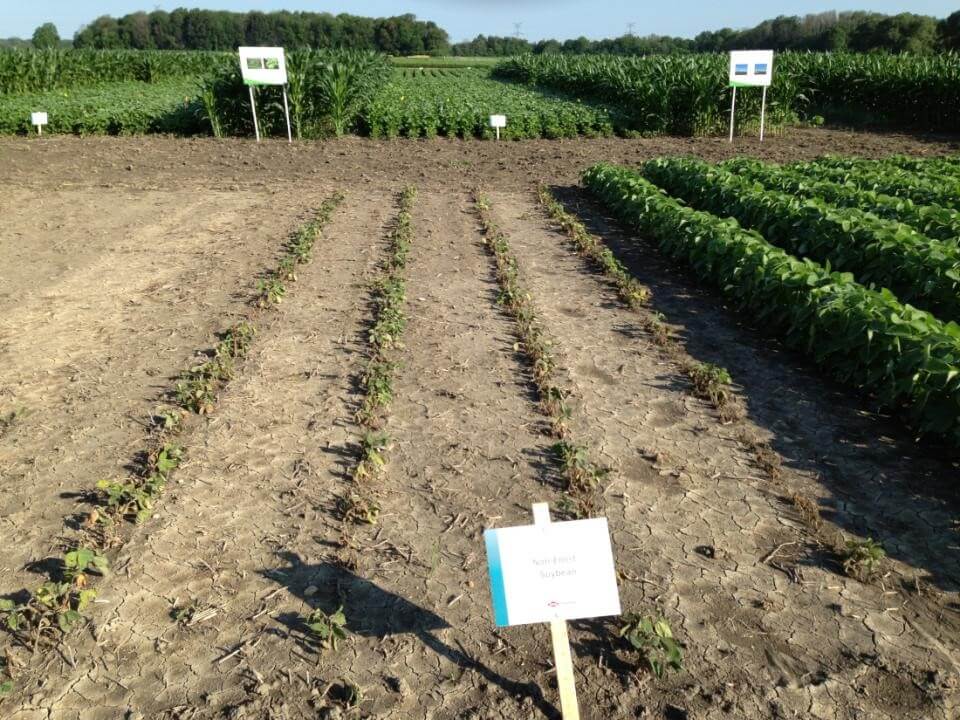 Soybeans without the Enlist trait treated with Enlist Duo

Enlist E3 soybeans couple with Enlist Duo herbicide to provide growers an unprecedented level of weed control on over 70 weeds according to the label. Jeff explains: “What’s different about this system is that it’s practical. It allows growers to spray to control hard-to-control and resistant weeds when you need to; if that’s preseed, you can use it then, and you can use it in-crop as well. It utilizes a different form of 2 4-D that eliminates the risk of volatility and reduces the physical movement of droplets or spray fines.”

Enlist E3 soybeans provide a robust tolerance to Enlist Duo herbicide, which includes glyphosate and new 2 4-D choline. The technology has been tested extensively across several soil types, in diverse locations and in all types of weather conditions – and it just keeps performing. 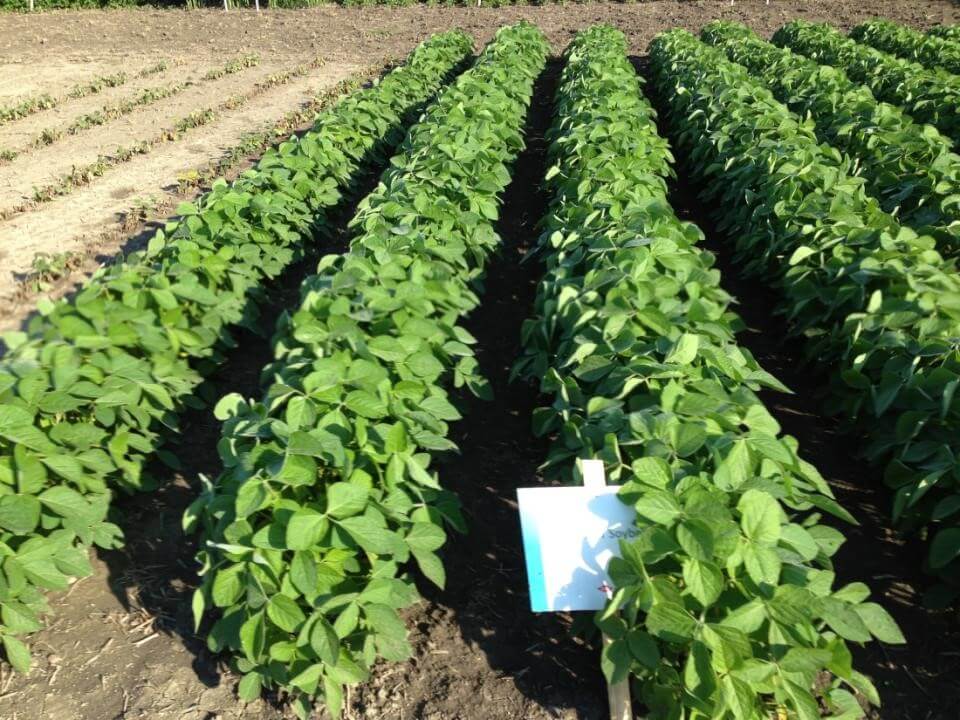 The Enlist weed control system also focuses on stewardship, with the goal of improving long-term performance and promoting responsible use. “Although the Enlist weed control system is different and you’ve got multiple mode of action on a lot of weeds, if you did nothing but rely on this one weed control system and spray this one herbicide, the possibility is there that you could eventually end up selecting for resistant weeds,” says Jeff. “That is why we recommend that growers incorporate other modes of action. With Enlist E3 soybeans, you could utilize glufosinate for one of your herbicide applications because that provides an additional mode of action. It could also mean you use a soil-applied pre-emergent herbicide like you would with a conventional soybean and then you use Enlist Duo to come in and clean that up.”

A limited quantity of Enlist E3 soybeans are now available in five varieties from Brevant™ seeds. By Spring 2020, the Enlist traits will be broadly licensed and available from multiple brands in top-performing genetics with agronomic packages to deliver overall performance for growers across the country.

If a soybean crop that’s easy to grow, provides solid weed control and gives great returns sounds good to you – speak to your seed retailer about planting Enlist E3 soybeans this season.

®, ™ Trademarks of Dow AgroSciences, DuPont or Pioneer and affiliated companies or their respective owners.