In Canada, as of 2016, over 28 per cent of farm operators are female, yet farmers are often still depicted in books, and online, as men (typically in plaid and coveralls).

In this episode of Food Bubble, host Andrew Campbell speaks to two farmers, who happen to be female, about their stories, their operations, and any challenges they may face as women in the industry. 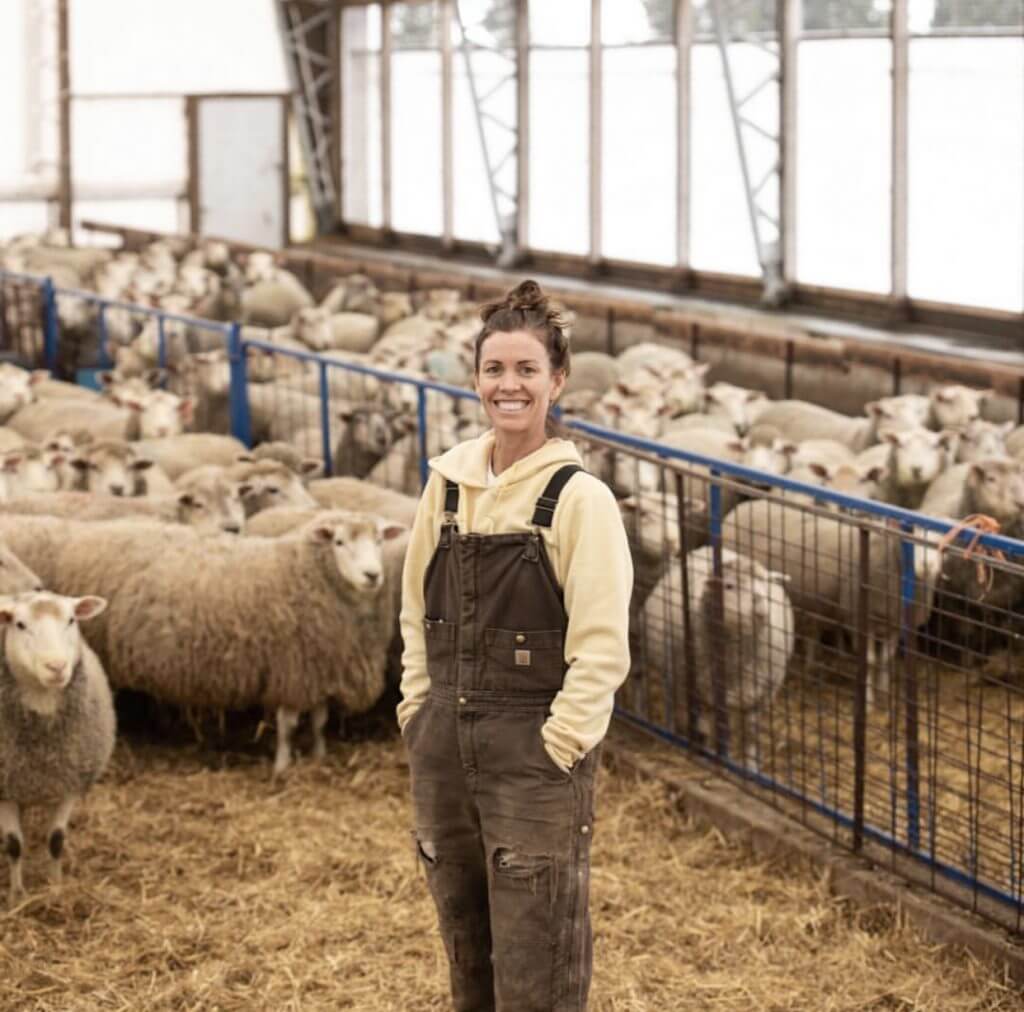 Sandi Brock in her “badge of honour.” (Supplied)

“Farmers are business people now,” says Sandi Brock, who believes the shock on faces when she describes her job is due more to the fact that she isn’t in coveralls in public, than it is due to her gender.

(That said, Brock wears overalls and coveralls as a badge of honour when at work.)

“I’ve never been treated like ‘a woman in agriculture,'” she says, adding it’s not always easy, and she does rely on her partner a lot. “I think we have to get over ourselves…and get past this notion of ‘I am woman, hear me roar.'”

“I think you just have prove yourself by doing the work, and let the actions, and let your success speak for you being a woman who farms, instead of just all this talk – it’s 2019, we can do anything we want, men can do anything they want.”

From Amanda den Haan’s perspective, the stereotypes are disappearing.

“You still have to prove yourself in some way…but I just feel that everyone isn’t turning a blind eye to their daughter anymore.”

Let us know what you’ve seen, heard or felt. Are there unique challenges to being a woman in agriculture?