Manitoba’s farm policy organization Keystone Agricultural producers (KAP) has brought on a new general manager. Patty Rosher will take on the role and president Bill Campell says he’s “thrilled” she’ll be a part of the organization.

“I am very pleased to welcome Patty to KAP. She brings with her a wealth of experience in our industry and the ability to continue KAP’s work of making farms more profitable and sustainable,” he says. 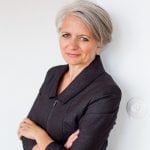 Prior to accepting this position, Rosher was the policy director at Manitoba Agriculture. She previously held the role of director of boards, commissions and legislation with the department, and before that was the acting general manager and CEO of the Food Development Centre. She also served on the Canadian Wheat board in policy, program management and marketing for 17 years.

“I look forward to working for Manitoba’s agricultural producers to help them overcome the obstacles that hinder the industry,” she says. “I also want to work to assist Manitoba’s young farmers make a success of their farms.”