U.S. corn growers are voicing concerns and disappointment with their federal administration as the penny-per-bushel trade aid announced earlier this week added to frustrations over retaliatory tariffs and how the Environmental Protection Agency (EPA) is handling ethanol policy.

U.S. Agriculture Secretary Sonny Perdue tried to allay those concerns at the Farm Progress Show in Boone, Iowa, on Wednesday, pledging to work on clearing the way for year-round E15 ethanol use under the Renewable Fuel Standard (RFS). Perdue told farmers and reporters that President Trump called him while he was driving to the farm show to tell him they’re going to “get it done.”

“The president called me this morning and said ‘Let’s get it done,’” said Perdue. “Hopefully he’ll have an announcement sooner rather than later. I know it’s in his heart. We just have to talk with our corn constituency, our corn growers and ethanol community about what is the balance for the refineries. He needs to have something he can demonstrate to them as well.”

“He doesn’t give executive suggestions, he gives executive orders, so we’re going to get it done,” noted the ag secretary.

For Canadian producers, a move to year-round E15 would boost American ethanol and corn demand, which would have a supportive effect on the grain market complex.

We spoke with leaders from U.S. corn and soybean grower organizations at the Farm Progress Show to get some perspective on how they view their government’s recent actions regarding trade aid and biofuels. 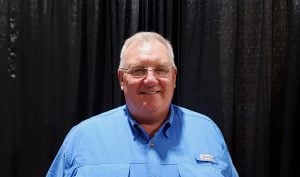 Kevin Skunes, president of the National Corn Growers Association (NCGA) and North Dakota farmer, says there were no details from Perdue on how or when the administration plans to move ahead with year-round E15.

“He was very vague about it. He really just said the president says ‘we should get this done’ so we can sell E15 year-round,” says Skunes, in the interview below.

Corn and ethanol groups are already upset with how the EPA has awarded small refinery waivers to oil refineries, exempting them from using an estimated 2.25 billion gallons of ethanol in 2016 and 2017, according to the NCGA.

“We believe oil companies have had their package delivered. We think it’s time for this administration to deliver a package for the ethanol industry and corn growers,” says Skunes. 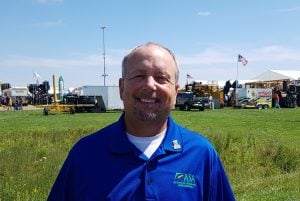 The trade aid announced on Monday was certainly not that package, as corn growers stand to receive US$0.01/bushel on 50 per cent of their 2018 production as compensation for tariff.

While the Canadian government says it’s sticking with current business risk management programs, the U.S. Department of Agriculture shared details on a $12 billion tariff aid package on Monday, headlined by a US$1.65/bushel payment on 50 per cent of this year’s soybean production and the US$0.01/bushel payment for corn.

“We don’t think it is fair and equitable,” says Skunes, noting a University of Illinois study commissioned by NCGA found a US$0.44/bushel decline in the price of corn due to tariffs.

Perdue acknowledged the corn payment rate was set at only one cent because of concerns about World Trade Organization action if the U.S. Department of Agriculture included decreased sales of ethanol or distillers dried grains to China in their aid calculation. The payment rate only accounts for the change in actual corn sales.

“We had to calculate this based on the actual tariff disruption damage to the crop. Sadly China has not been importing as much of our corn as we believe they should be. Those are the non-tariff barriers that we’re talking about,” said Perdue. “Therefore the damages from tariff retribution have been minimal. I’d love for it to have been more even, but the numbers are the numbers.”

We sat down with Skunes at the Farm Progress Show to get an understanding of how the U.S. corn grower group views the American government’s actions on tariff relief, ethanol policy, and NAFTA:

While the national corn grower group is disappointed with the trade aid, and pushing for changes to the RFS, the American Soybean Association is welcoming the $1.65/bushel rate for soybeans.

“Is it going to be the fix-all? Not by any means, but this is something farmers can count on as they harvest their soybeans,” says Davie Stephens, ASA vice-president, in the interview below.

Hear the national soybean grower group’s perspective on the trade aid and the state of negotiations with China: