The Canadian Agricultural Hall of Fame has announced its slate of inductees for 2018.

“We had a tremendous response from the industry with a record of 11 nominations put forward, and have selected five outstanding agricultural ambassadors,” says Hall of Fame Association president Guy Charbonneau. “This year’s inductees exemplify the leadership and vision that continues to position Canadian agriculture at the forefront in areas as diverse as policy, research, primary production, value added and management training. We are proud to build our Hall of Fame as we recognize the accomplishments and contributions of these five men.”

The induction ceremony will be held on Sunday, November 4, 2018 in conjunction with the Royal Agricultural Winter Fair in Toronto. 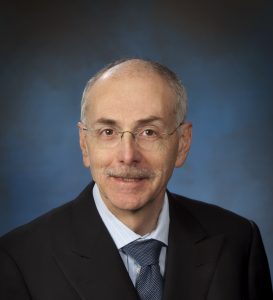 Agricultural business leader Ted Bilyea has had a major impact on the Canadian agriculture and food industry on a national and international scale throughout his distinguished career. Through his 34 years with Maple Leaf Foods and as a leading consultant across the entire value chain, Bilyea is one of a select few visionaries who have a deep understanding of the entire agri-food sector and the drivers that determine future success. Bilyea has brought vision and passion to competitiveness and export growth for the Canadian agri-food industry including establishing Canadian pork as a preferred protein in Japan and orchestrating the first shipment of Ontario food grade soybeans to Japan. Ted Bilyea lives in East York, ON and was nominated by Kim McConnell, David Chalack and Peter Hannam. 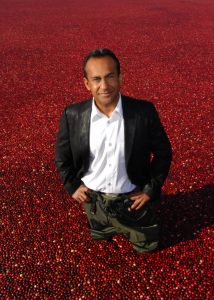 Farmer, philanthropist, and business man Peter Dhillon is a driving force in Canada’s growing cranberry industry. From his early years in the bog beside his parents, to the boardroom of Ocean Spray, Dhillon works to advance the agricultural industry including environmental stewardship, and gender and ethnic equality. He owns the largest cranberry farm in Canada with operations in B.C. and Quebec. He is one of the largest shareholders of the 700 grower-owned Ocean Spray cooperative and the first non-American chair of the board. He is also a keen advocate for healthy communities through his philanthropic work. Dhillon prides himself as a second generation farmer, and brings his strong sense of ethics and duty to enrich the agricultural industry in Canada. Peter Dhillon lives in Richmond, B.C., and was nominated by the Honourable Wally Oppal. 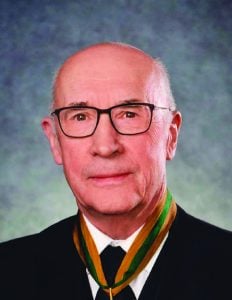 Plant scientist and visionary leader Wilf Keller has fundamentally changed plant breeding for canola in Canada and around the world. Throughout his 45 year career in agricultural research he’s been a compelling advocate and industry champion for the use of biotechnology to genetically modify crops. His ground breaking scientific work on canola breeding helped propel this truly made-in-Canada crop to be planted on more acres than any other field crop in Canada. His leadership and vision brought together diverse organizations to establish the Protein Industries Canada Supercluster. Keller spent 16 years with Agriculture and Agri-Food Canada, including chair of the plant biotechnology program, 19 years at the National Research Council’s Plant Biotechnology Institute in Saskatoon, president and CEO of Genome Prairie, and since 2012 as president and CEO of Ag-West Bio Inc. Wilf Keller lives in Saskatoon, SK, and was nominated by Ag-West Bio Inc. and the Canadian Canola Growers Association.

For more than 40 years, agricultural economist Larry Martin has pushed for excellence in the agri-food sector helping farmers and agribusiness solve problems and improve performance. He spent 18 years at the University of Guelph, including four years as chair of the Department of Agricultural Economics and Business. He was the founding executive director, and later CEO, of the George Morris Centre – Canada’s leading think tank for the farm and food sector. He was the principal architect of CTEAM – a unique and long-standing business management course for farmers. Martin chaired a national task force on competitiveness for the Canada/US trade negotiations in 1989, and his expertise in the agri-food sector has been sought by many federal agriculture ministers. Larry Martin lives in Puslinch, ON, and was nominated by BDO Canada LLP. 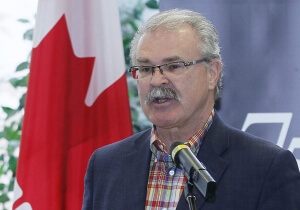 From his rural Saskatchewan roots, the Honourable Gerry Ritz served as federal agriculture minister during a period when Canada’s agri-food sector became recognized as an economic powerhouse. During his 20-year political career as Member of Parliament for Battlefords-Lloydminster, Ritz served as Minister of Agriculture and Agri-Food from 2007–2015 and put Canadian agriculture on the world map. He expanded market access for the industry, forged valuable international trading deals, provided market freedom post-Canadian Wheat Board, pushed for innovation through Growing Forward, and limited the damage from challenges including BSE and Country of Origin Labelling. Gerry Ritz lives in St. Walburg, SK and was nominated by the Alberta Wheat Commission, Alberta Barley Commission and Canadian Cattlemen’s Association.