In an effort to explore additional areas of agriculture that RealAgriculture does not cover on a daily basis, RealAg Radio featured potato production in Canada in a discussion with Kevin MacIsaac, General Manager of the United Potato Growers of Canada.

How would you describe the overall health of the potato industry?

Overall MacIsaac described the potato industry as having been through some lean times, but currently the potato industry is in a healthy position, with opportunities for growth. “Right now, today, you know, the outlook is looking pretty bright for potatoes, anyone who is growing potatoes and producing them for consumers today,” MacIssac feels. 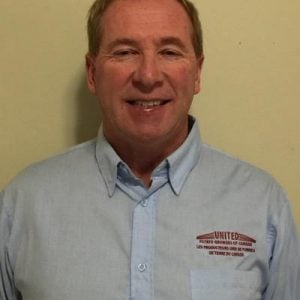 According to MacIsaac, the big driver these days is on the processing side, because of the strong demand for french fried and other processed products. Due to a host of factors, such as family size and parents working away from home demand for fresh potatoes has remained static, or even declined.

What types of potatoes are being grown and processed?

The varieties of potatoes that the market has demanded has remained the same for a very long time. However, in the last three years some companies, such as McDonalds, have been starting to utilize some newer varieties with higher yield potential and better agronomic characteristics. MacIsaac points out though “…the new one on the block has been the Little Potato Company, and the little potatoes that they produce with their …varieties that they have rights to market. So that’s a real interesting newcomer on the scene that’s making big, big waves in terms of the fresh market.”

How is potato production distributed across the country?

The largest producer of potatoes is still Prince Edward Island with 84,000 acres, followed by Manitoba at 63,000 acres, and then Alberta with 53,570 acres. MacIssac says there is still room for expansion in western Canada and processors have been investing in Canada. For instance, Cavendish farms has made a very large investment in Lethbridge Simplot has just announced a significant expansion to their plant in Portage La Prairie, Manitoba. “Companies are recognizing that there is value to be had in Canada in terms of the currency, there’s also value to be had in terms of the value of the potatoes the growers grow there.”

McCain has also expanded in Florenceville, New Brunswick, and Saint-Arneault is currently expanding in Quebec.