As farmers hit the field and the tractors start to roll, diesel prices are on the minds of farmers. The biggest driver of diesel prices is the price of oil, and it has been on a real run upwards in the last 52 weeks.

In the last 52 weeks, crude oil is up 39 percent — rising six percent in the last month alone. In both cases the current futures price is only 0.23 percent off of the highs. Historically speaking, the price of $68.52 per barrel as of the close on Monday (April 30) is 29 percent off the five-year high and 40 percent off the 10-year high, which gives some context we may not be done with this move higher. 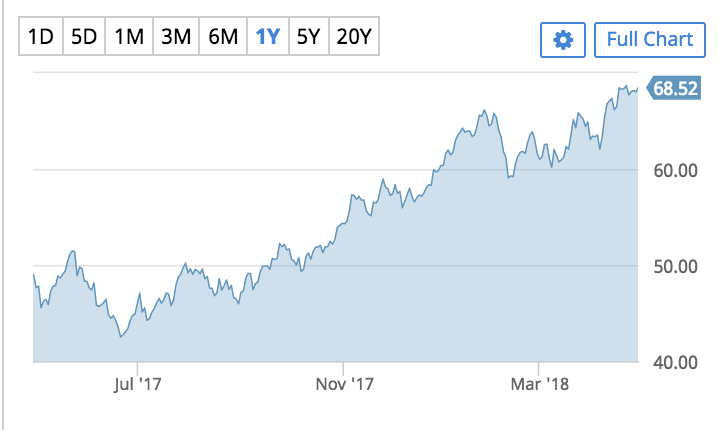 According to Statistics Canada, the price of diesel at self-service gas stations in major cities has risen from April 2017 to March 2018, but not at the same rate as crude oil. Keep in mind the prices below are retail prices in the city, not marked fuel wholesale to the farmgate. 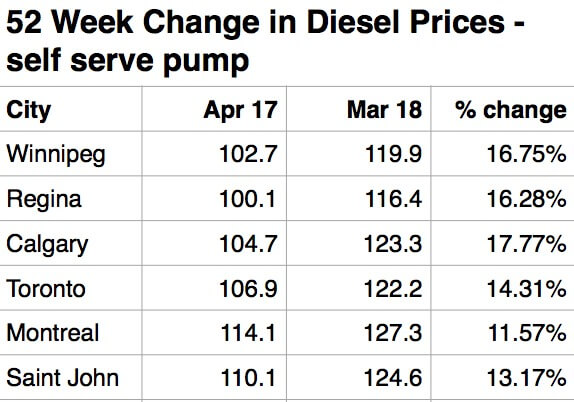 “Despite the ever-increasing rise in U.S. domestic shale oil, global demand is on track to consume more than this impressive bonanza can yield. For 2019 and 2020, the forecast suggests that demand will rise by 2 million barrels a day, a number that may be hard to meet given years of retrenchment and lingering fears that this oil energy supercycle could be an early sign of a bubble,” notes Dan McTeague, fuel market analyst with GasBuddy.com.

Farmers will be much more accepting of rising fuel costs if they see the same increases in the price they get for corn, soybeans, canola, and wheat. And that’s hopeful thinking in the commodity market.