With India closing its border to pulse imports late last year, China is seizing the opportunity to buy competitively-priced protein and ramping up its imports of peas from Canada.

The value of pea exports from Canada to China was up 42 percent in January to March of 2018 versus the same period in 2017, according to Statistics Canada (see chart below).

“China’s quite innovative and interested at looking at different ingredients as a means to, in some cases, lower costs, but also to meet needs with respect to their interest in enhancing the nutritional profile of food, adding fibre and protein, and I think the sustainability story is going to resonate in China as well,” says Greg Cherewyk, chief operating officer for Pulse Canada. 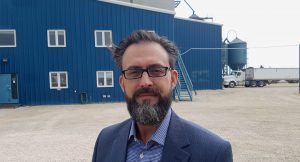 Capacity for pea fractionation is growing in China, with plans to build or expand multiple processing facilities. As an example, in December, a Canadian pulse industry delegation visited a plant that already consumes around 400 thousand tonnes of Canadian peas annually. The plant was undergoing expansion and slated to require an additional 300 thousand tonnes starting in 2018.

For Pulse Canada and its provincial grower organization members, there’s an extra sense of satisfaction in seeing this new Chinese demand.

“We invested quite a bit of time and effort back in 2004-2007 on developing demand in the Chinese feed market. At the time, there’s such a large demand for feed ingredients there, you had to be able to consistently provide product at a price that was competitive with other ingredients in the marketplace,” says Cherewyk.

The problem was demand from India, as well as global interest in food-grade pea processing, were growing rapidly at the time. 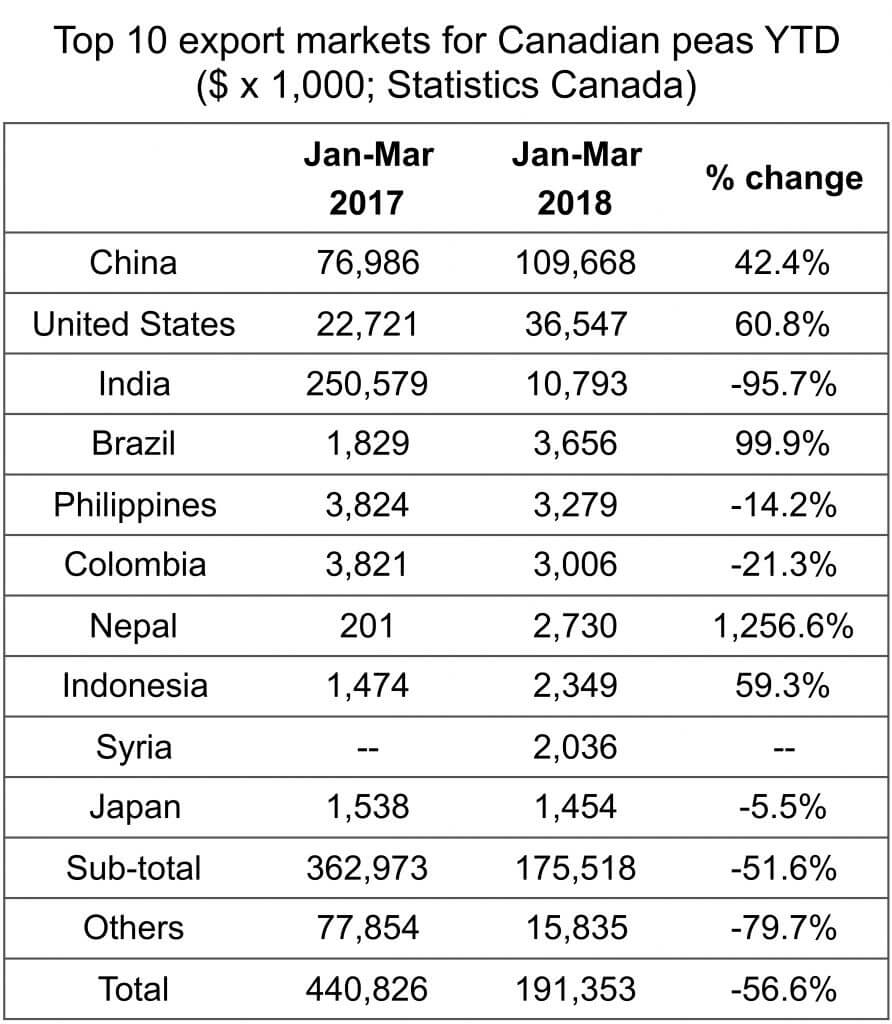 “What we have found more recently is with the surplus of peas on hand, and with prices being competitive, we have an increased uptake in China. I think it had a little to do with the work that was done years back on engaging with the biggest, most influential feed manufacturers in China, working with them to establish feeding trials on a wide range of different species, and making sure they were happy with the results,” he continues. “It didn’t result in immediate uptake back then, but the fact they’re comfortable with them and ready to switch, demonstrates that work was worth it.”

In addition to China, U.S. imports of Canadian peas have also increased year-over-year, partly due to a smaller U.S. crop last year.

Cherewyk was at the announcement with Agriculture Minister Lawrence MacAulay marking the passage of Bill C-49 last week. We chatted about what the new transportation legislation means for pulse growers (and how the true celebration will only happen when the changes result in improved rail service and capacity), as well as the latest on India’s pulse import policies and growing demand from China (starts at around 7:00):

A look at Canadian pea exports over the past 20 years, showing the rise in exports to India and China: 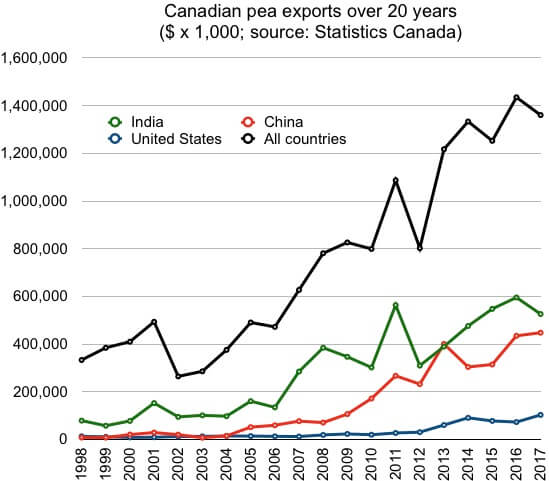