After several years of waiting, Canadian farmers will be able to use the plant growth regulator (PGR) known as Manipulator on wheat destined for the U.S., beginning in 2018.

The product has been registered and available as a tool for preventing crop lodging in Canada since 2015, but since the U.S. did not have a tolerance established for imports, most grain companies required growers sign a declaration saying they hadn’t used the product before accepting delivery. 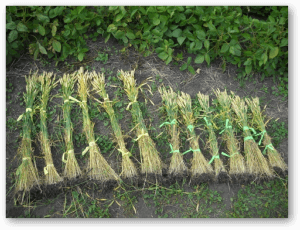 “After years of very encouraging field tests, Engage Agro is excited to introduce Manipulator Plant Growth Regulator to wheat producers across Canada,” says a statement from Engage Agro, the company that sells the product in Canada. “This technology will help producers realize the full potential of high-yielding wheat varieties while dramatically reducing lodging.

Engage has been in communication with Cereals Canada and the Western Grain Elevator Association.

“This is a potentially valuable tool that has seen limited use in Canada because of the lack of approval in the U.S. and the market risk that this entailed. That barrier to use has been removed,” notes Cam Dahl, president of Cereals Canada, in a statement.”

The national cereal grain industry group says it will be removing references to chlormequat chloride from all print and digital materials related to its Keep it Clean – Cereals campaign.

“Cereals Canada extends appreciation to Engage Agro Corporation,” continues Dahl. “The product has had approval for use in Canada for a number of years but Engage Agro has not actively marketed it to farmers because of the potential risk for exports moving to the U.S.  This is an example of responsible product introduction that reflects potential costs and benefits to all parts of the value chain.”

As for grain companies accepting wheat treated with chlormequat, the WGEA said  in November that the creation of an MRL in the U.S. would likely mean that the reference to chlormequat would be removed from producer declarations for the 2018-19 crop year.

“This means that next harvest producers would be able deliver any crops sprayed with Manipulator into the handling system. Of course, this is all predicated on the establishment of a proper U.S. MRL,” said WGEA executive director Wade Sobkowich.

As of Thursday, WGEA’s grain company members had not confirmed a formal decision, but it’s still expected the establishment of the MRL this week clears the way for them to accept wheat treated with chlormequat. The group will be meeting in mid-May.