Farm & Food Care Ontario recently named its board of directors for the coming year. Stepping into the chair’s position is Christine Schoonderwoerd, nominated to the board by Wallenstein Feed & Supply Ltd.

Schoonderwoerd replaces Brian Gilroy, nominated by Ontario Fruit and Vegetable Growers Association, who assumes the role of past chair for the organization. 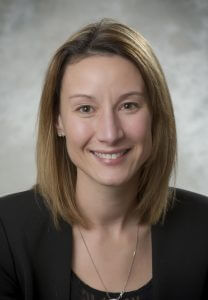 “I am very excited to be stepping into the role of Chair of Farm & Food Care Ontario,” says Schoonderwoerd. “Our organization has a very important role to play in Ontario’s agricultural industry, and I’m looking forward to working with the board and our members to further our mission of earning public trust in food and farming.”

Also named to the executive is new vice chair Dave McEachren, nominated by Grain Farmers of Ontario. Chris Cossitt of Ontario Pork moves into the role of second vice chair, and Jim Gowland of the Ontario Bean Growers was re-elected as treasurer.

The membership of FFCO elected four new directors to the board at the organization’s AGM on April 11. Newly elected directors in the board’s At Large and Livestock categories include:

Also at the AGM, Bruce Christie, of Nutreco Canada, and John Maaskant, of Chicken Farmers of Ontario, were recognized for their decades of service to the organization and its predecessor organizations. Outgoing directors Sandi Brock, of Ontario Sheep Farmers, and Heather Copland, of Grober Nutrition Inc., were also thanked for their significant contributions.

Farm & Food Care Ontario is known for hosting its ‘Breakfast on the Farm’ events, providing speak-up training for those in the farm and food industry, and publishing the Real Dirt on Farming.