Soybean cyst nematode (SCN) is the crop’s number one yield-robbing pest, and the problem is only going to get worse as the pest continues to breakdown the defence provided by SCN-resistant soybean varieties.

It really is a case of the pest becoming “resistant to the resistance,” says Iowa State nematologist Greg Tylka. About 95 percent of the SCN-resistant varieties growers plant to help control nematodes contain the same source of resistance from the PI 88788 breeding line. Seed companies have relied on this genetic source to keep SCN at bay, but after 20 years of exposure, nematodes are adapting and breaking through the defence. 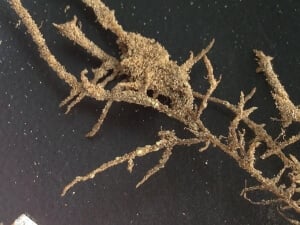 This development has prompted Tylka and a host of industry stakeholders to reboot the SCN Coalition. This group first started in the 1990s to create awareness of the pest and develop best management practices. A big part of the management solution with the release of SCN resistant varieties carrying PI 88788.

The SCN Coalition is now encouraging growers to “Take the test. Beat the pest.” Tylka explains that it’s very important for growers to test their fields for SCN, determine whether they have it, and identify a field threshold.

Tylka says an SCN-resistant variety should stop about 90 percent of the SCN in a field from reproducing. However, researchers are now seeing fields where 50 percent of nematodes in the field are reproducing.

That’s why the SCN Coalition is back, says Tylka. “We need to sound the alarm over increasingly aggressive SCN populations and to encourage growers to actively manage the pest.”

On this episode of the Soybean School, Tylka joins Bernard Tobin and OMAFRA plant pathologist Albert Tenuta to discuss SCN Coalition efforts. Tylka notes that each grower’s SCN numbers and available management options will be unique. The coalition is recommending growers work with their advisors to develop a management plan that includes testing fields and monitoring SCN numbers; rotating resistant varieties; rotating to non-host crops; and considering use of a seed treatment nematicide.