The president of the Agricultural Producers Association of Saskatchewan says railways should have to cover the cost of having ships wait in port for delayed grain shipments.

“Given that the railway companies are responsible for these delays, APAS is proposing that in any week that grain shipments fall below 85 percent on hopper car deliveries, both railways share the cost of demurrage,” says Lewis. “We have asked that these payments be retroactive to January 1st, 2018, when the problems became severe.”

The percentage of hopper car orders supplied in a given week by the two railways has been below that 85 percent threshold for most weeks going back to last fall. CN and CP supplied a combined 68 percent of hopper cars ordered in week 33 of the crop year (the last reported week), up from 53 percent in week 32, according to the Ag Transport Coalition. 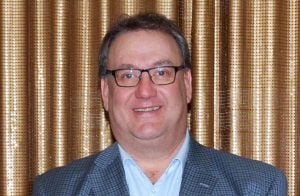 Lewis notes during the backlog in 2013-14, prairie farmers paid more than $40 million in demurrage fees, as grain companies who have ordered the waiting vessels can pass along the cost through their basis and prices paid to producers.

“Recently, a major Canadian railway described the current disastrous grain shipping season as a ‘fictitious’ grain backlog,” he says. “However, for producers that are paying half a million dollars in penalties each day, those charges are anything but fictitious, they are real money.”

The number of ships waiting for grain on the West Coast peaked in late February, with 35 vessels in Vancouver and 5 in Prince Rupert, according to the Grain Monitor’s weekly report.

As of the start of this week (March 25th), the grain vessel lineup in Vancouver had dropped to 20 (the one-year average is 22), while Prince Rupert’s vessel count was at 6.