There are several hundred active ingredients due for review by Health Canada’s Pest Management Regulatory Agency (PMRA) in the next decade.

CropLife Canada — the organization that represents manufacturers of some of these products — has several concerns about the looming deluge of re-evaluations: mainly, that the PMRA doesn’t have the capacity to process the reviews in a timely fashion, as the agency has not stayed up-to-date with internal timelines for re-evaluations. The second concern revolves around the PMRA’s re-evaluation process not allowing for proper consultation.

“There are resource concerns for us at PMRA for the workload issues, and then there’s also the process questions. If they start to do this with all these other products that are coming down the pipeline for re-evaluation, this is a significant issue for us,” says Pierre Petelle, president and CEO of CropLife Canada in the interview below.

Under the current process for reviewing previously-registered products, the PMRA publishes a proposed re-evaluation decision before opening up public consultations to accept comments and new information from stakeholders, including registrants and producers.

The problem with these proposed decisions is that the proposed part is often lost in media coverage and activist messaging, says Petelle, citing the current proposed re-evaluation decision regarding the insecticide imidacloprid as an example.

“The narrative out there was that Canada was banning imidacloprid, and the activist groups were cheering them on to say ‘yes, well done,'” he says. “So now for them to take in the new data provided as part of the consultation, if it’s valid information that changes their assumptions, they’re obligated to make those changes. We’re just predicting the pushback from these groups would be tremendous if the product was allowed to remain in the market, as it should, based on the data.” (continues below)

Petelle suggests the PMRA engage the companies that sell crop protection products earlier in the process when there’s a re-evaluation or a risk concern with a compound. 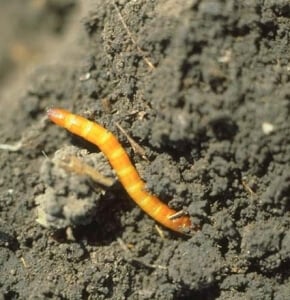 Given Canada is a relatively small player in the global crop protection market, it’s important the regulatory approval process doesn’t scare companies away, says Petelle, noting there could be opportunities to work with the U.S. Environmental Protection Agency.

“When it comes to new active ingredients, PMRA is at the forefront, whereas on the older products, on the re-evaluations, we’re working in a silo; we’re not really paying attention to what the U.S. EPA is doing, or other jurisdictions. And so we’re getting decisions out of Canada that are not always in line with other jurisdictions where our farmers are competing against.”

Petelle’s colleague Maria Trainer shared an update on the pesticide re-evaluation pipeline at the CropSphere Conference in Saskatoon in January, where she outlined the three primary streams in the PMRA’s re-evaluation process:

Click here to view the slides from Trainer’s CropSphere presentation.