When assessing whether there was progress made on removing restrictions on Canadian pulse crops during Prime Minister Justin Trudeau’s controversy-filled trip to India last week, it’s a matter of defining what the expectations were, says the CEO of Pulse Canada.

If the expectation was to simply have pulses on the agenda, it could be described as a success, as the trade issues with Canada’s largest pulse export market were discussed in a meeting on Friday between Trudeau and India’s Prime Minister Modi, with India’s leader committing to work toward easing fumigation requirements for Canadian pulses by the end of 2018.

“I think it was the number one priority for the Canadian political delegation that went over,” says Gordon Bacon in the interview below, speaking with RealAgriculture hours after returning home early Monday.

Based on what he says, Pulse Canada had three priority issues it wanted addressed during the visit to India:

Bacon believes there was progress made on the fumigation requirements, an the issue that dates back to 2003, and escalated last year when India ended a string of repeated exemptions for Canadian imports.

“I think having (Prime Minister Modi) agree to having it at least resolved in 2018 is far better than where we were, so that to me is progress,” he says. “At least now we have a timeline and recognition that it will be based on Canada’s exposure of risk relative to Indian perspective on plant quarantine pests.”

Related: India agrees to work on easing pulse fumigation requirements before end of 2018

The focus will now shift to developing a work plan for how to reach a resolution on the fumigation issue. Canada has presented India with a paper that explains how Canada’s systems approach addresses India’s concerns about pests, referring to specific pests, levels of occurrence, and control measures that are in place.

“We have done a lot research over the last six or seven years in terms of nematode identification to know with certainty that pea shipments from Canada have never contained the nematode of concern to India,” notes Bacon. 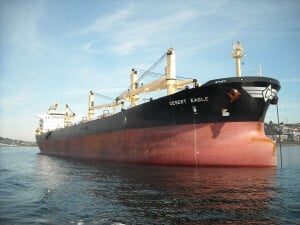 Speaking of expectations, while the entire Canadian pulse industry would welcome the removal of the tariffs, improved predictability in when India will raise or lower tariffs is probably the next best scenario. That’s why Pulse Canada was pleased to see Trudeau and Modi acknowledge the importance of “predictable and transparent market access conditions” in their joint statement.

“No one from Pulse Canada expected that we would go back to where we were with duty- and levy-free access to the Indian market. Indian politics has really shifted in terms of what sort of support prices they want to have, so it becomes something about the predictability and transparency, and that’s what we see in the communique,” says Bacon.

The statement from Trudeau and Modi did not refer to the tariffs, or any timeframe for when they might be reduced, however Bacon agrees there are two primary factors that will determine when India’s government will begin removing the levies. The first is domestic pulse prices.

“The Indian government has to find the balance between a support price for farmers and a pulse price for consumers that is neither too low from the farmers’ side or too high from the consumers’ side,” says Bacon. “What we’re asking for is predictability to understand so if you’re a trading company and want to put a position on, you have some idea by looking at market supply and demand estimates.”

The (related) second factor is domestic politics. India has state elections later this year and a national election scheduled for early 2019.

“Even in my ten days in India, there were front page stories on market support prices for farmers and how well they’re working,” he says. “The politics of farm policy in India is huge because it still represents the majority of votes. That’s really what is driving India’s policy approach.”

As for the third priority for the trip, the request to have cargoes that are already on their way to India be exempt from import levy increases remains unresolved, creating uncertainty for any company potentially loading a boat destined for India.

“If you want to talk about success or failure, it’s relative to the expectations of what could be achievable. We can only go so far from a Canadian interest perspective as the Indian government is prepared to go,” says Bacon.

Here’s our conversation, discussing what happened in India, and whether to view the trip as a success for the pulse industry, as well as another trade issue that the Canadian government has more direct control over — the problems with rail transportation in Western Canada: