One of the highlights of the National Cattlemen’s Beef Association (NCBA) meeting every year are the Cattlefax market outlook presentations.

Cattlefax certainly drove home the facts surrounding trade and how important it is for all U.S. agriculture at the cattle industry convention in Phoenix last week. Several Canadian attendees told us U.S. producers are optimistic about NAFTA, but concerns are evermore present. 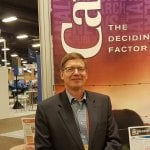 In terms of the actual forecast, cattle prices are expected to be lower overall, but how much depends on demand. Demand was the positive surprise in 2017. Mike Murphy talked about the impact of the strong U.S. economy on demand and the tax reform impacts.

Art Douglas left lots of room for concern regarding on-going dryness in the first half of 2018 in the South, right from California to the southeast. What happens after that will depend on whether La Nina fades.

Kevin Good discussed cattle supply, including the recent Cattle Inventory report that showed there were fewer cattle outside feedlots on January 1 than a year ago – they are already on feed (again the dry winter wheat pastures meant early placement). The cattle herd expansion appears to be slowing (beef cow numbers up 1.6% but beef replacement heifers -3.7%).

For Canadian producers, the above-market forecasts could potentially be spoiled by a rising Canadian dollar depending on inflation concerns and further rising interest rates in 2018.