For many producers on the prairies, moisture concerns are top of mind, as we inch closer to the growing season. And, according to some meteorologists, prairie producers may not see respite, at least not in the near future.

“I think we’re going to start out…definitely on a drier side,” says Bryce Anderson, ag meteorologist and analyst with DTN in the following interview. “I don’t think the pattern over the next month is going to change in a really dramatic way…I think that’s going to lead to a difficult start to the year.” 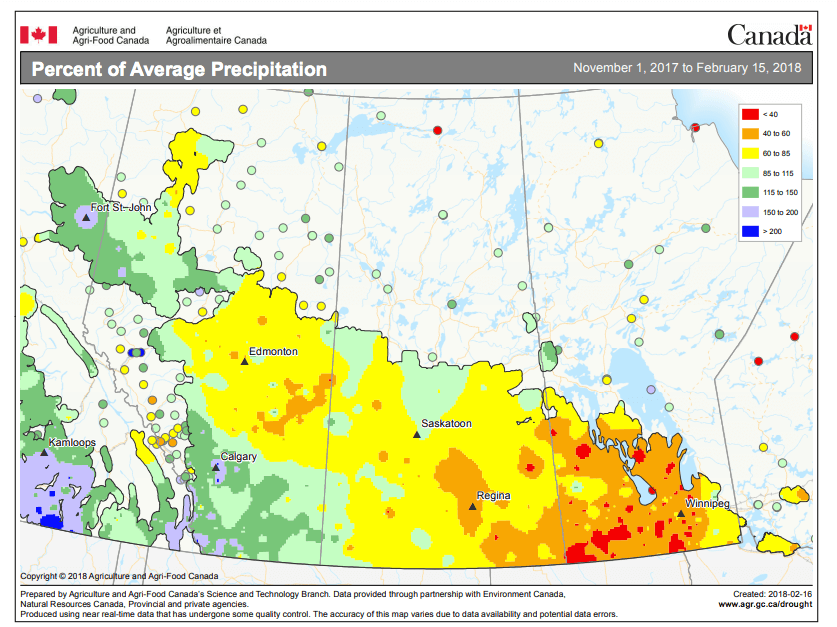 Anderson believes the growing season may see some improvement in moisture levels, but by then it will be hard to catch up.

“If we can get to kind of a zero-sum game, I think that’ll be about as much as we accomplish,” says Anderson, suggesting there will be a have and have-not scenario across North America for 2018.

“The U.S. Southern Plains are having some of the driest months from back in October, through now in mid-February, that they’ve seen in their recorded history, going back to the late 1870s.”

Anderson believes decisions will have to be made on what farmers can plant in anticipation of dry conditions, adding there has already been movement towards more drought tolerant crops.