The Canadian government has conceded the same access to the country’s dairy, poultry and egg markets in the new Trans-Pacific Partnership as was agreed to the initial version of the deal in 2015 when the U.S. was still part of the TPP.

Canada and the other 10 countries concluded negotiations on Tuesday for the updated Pacific trade pact, now formally known as the Comprehensive and Progressive Agreement for Trans-Pacific Partnership. The signing ceremony for the deal will likely take place on March 8th in Chile.

The market access provisions in the text are unchanged from the first agreement, which gave TPP countries (including the U.S.) access to the following share of the domestic market:

Supply managed producer groups are questioning why Canada agreed to the same terms when the largest economy in the original deal — the U.S. — is no longer a member.

“Although the loss of the U.S. represents a loss of approximately 60 percent of the original TPP market GDP, the original concessions to our domestic dairy market remain,” notes Dairy Farmers of Canada, in a news release calling Tuesday “a somber day for the 221,000 Canadians that depend on the dairy sector for their livelihood.”

Chicken Farmers of Canada is also “trying to figure out why Canada offered access to countries who didn’t request it and who didn’t offer anything in exchange, because in the original, the only country seeking chicken access was the USA,” says spokesperson Lisa Bishop-Spencer.

These groups are also voicing concern about the cumulative effect of giving up incremental market access in multiple trade deals, including the Canada-EU trade deal, TPP, and potentially, a new NAFTA. 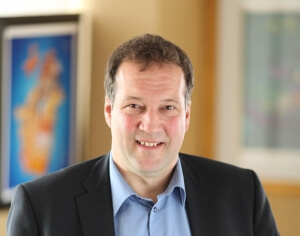 “On the one hand, the Canadian government has repeatedly stated that it wants a vibrant, strong, and growing dairy sector that creates jobs and fosters investments; on the other hand, it continues to carve out pieces of our domestic dairy market, first through CETA (the Canada-EU trade deal), and now through the CPTPP,” says DFC president Pierre Lampron. “The government must understand that in continuing to make these concessions, they are putting the Canadian dairy sector in jeopardy.”

To date, the Liberals have not announced any compensation for the dairy and poultry sectors to offset the market share lost to imports through the new TPP.

In 2015, after agreeing to the original TPP with the U.S., the Conservative government immediately announced a $4.3 billion set of programs for the dairy and poultry industries to offset market share lost to imports under TPP and CETA. This money was never approved by the Treasury Board as the Conservatives lost the federal election two weeks later. (The Liberals have since rolled out a $350 million package for the dairy sector to soften the impact from CETA.)

The Conservatives also pledged to close import loopholes for chicken in 2015. Bishop-Spencer says Chicken Farmers is urging the Liberal government to move ahead with these same measures to reduce the circumvention of import quotas, such as labeling imports as “spent fowl.”