Many farmers understand the benefits cover crops can bring to their operation. From reduced soil erosion to improved soil structure, nutrient recycling, moisture retention and much more – the list of benefits is long and impressive.

But how do cover crops impact yield? Do all these benefits add up to higher production and a better bottom line?

The answer to those questions is a definite yes, says University of Guelph research scientist Dr. Laura Van Eerd. 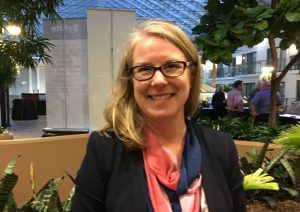 Van Eerd presented research findings on the benefits of cover crops, including economics and yield, at the recent Ontario Certified Crop Advisors annual meeting in London, Ontario. In her own research, using a vegetable cropping system, it took seven years of cover cropping to produce a statistical increase in soil organic matter. Van Eerd notes that a vegetable system does provide some advantages for cover crops – early harvest, early planting of cover crops and a longer growing season – but there is a clear advantage for cover crops beginning to emerge in a wide range of production systems.

According to Van Eerd’s research experience, only once in the 135 times she’s planted cover crops did the yield of the following crop decline. She notes that a yield benefit is not guaranteed: “Some years we did see a yield boost, but in other years it wasn’t statistically different.”

Van Eerd also highlighted another four-year crop yield and profitability study where cover crops come out ahead. This study, based on a four-year rotation of sweet corn, spring wheat, tomatoes and grain corn, produced the highest profit margin using an oilseed radish cover crop. The same rotation with a an oilseed radish/rye mix cover crop produced the second most profitable yield and profit.

That’s also a positive story, says Van Eerd, citing results from a large meta analysis of 2,400 data points that measure whether yields for these crops are impacted when following a cover crop. Overall, corn, soy and wheat yields increased an average 13 percent following cover crops according to the analysis. Corn yields increased by 16 percent and wheat was 22 percent higher. Soybeans, however, show no increase from cover crops.