In a winter where most crop markets don’t appear to be trying to buy more acres, mustard prices have been an exception.

“For farmers looking for profitable opportunities, mustard is sticking out like a sore thumb right now,” says Chuck Penner of LeftField Commodity Research in the video below, filmed at CropSphere in Saskatoon earlier this month.

Poor yields in Western Canada and the Northern U.S. in 2017 are driving the strong mustard prices, with seed growers reporting plenty of interest in growing the crop, he notes.

Penner says mustard acres could rise in the range of 40 percent. There were 385 thousand acres grown last year, according to Statistics Canada. 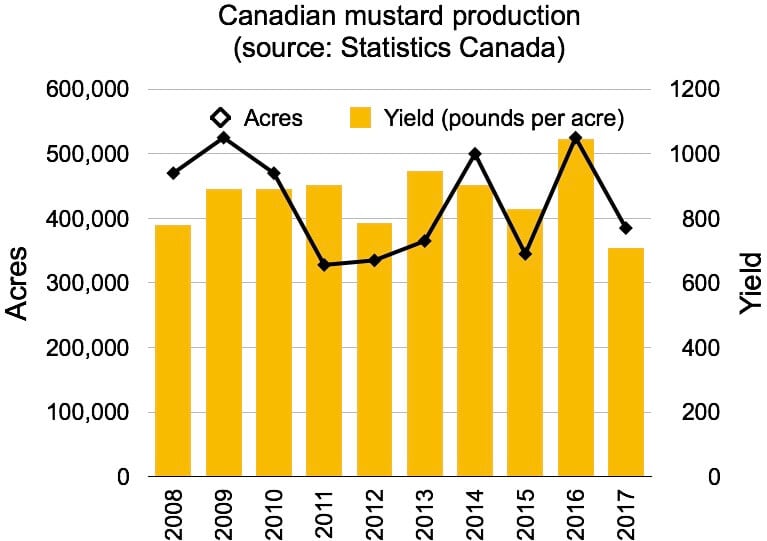 Spot prices for brown mustard have recently been reported in the 45 cents per pound range, with new crop bids in the mid-30 cent range.

“Assuming average yields, we could back to fairly adequate supplies. I don’t know that we’re going to overwhelm it but it has the potential to settle back to more average pricing levels,” he says.

Listen to Penner’s take on the mustard market and whether farmers should be concerned about overshooting demand in 2018: