The potential loss of 23,000 jobs — mainly in rural Ontario — and demise of 20,000 racehorses was not enough to stop the Ontario Liberal government from ending the Slots at Racetracks program.

This revelation emerged last week from court documents released as part of a civil suit brought by Ontario standardbred racehorse breeders against the province of Ontario and Ontario Lottery and Gaming Corporation (OLG).

This came to light just as the Liberal government was also being criticized by provincial auditor general Bonnie Lysyk for using creative accounting to build its “Fair Hydro Plan” to help wash away its legacy of energy policy gaffs. 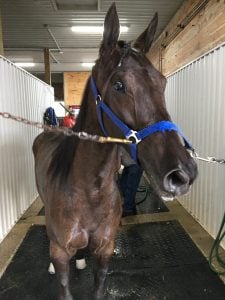 Court documents show the Liberal government knew that cancelling the Slots at Racetracks program would put thousands of racehorses at risk.

And the bad news didn’t end there for premier Kathleen Wynne’s Liberal government. The courts were also busy dealing with yet another scandal in the ongoing trial of former premier Dalton McGuinty’s former chief of staff and deputy chief of staff, David Livingston and Laura Miller. The National Post published more evidence related to Livingston and Miller’s alleged deliberate destruction of documents related to the McGuinty government’s billion-dollar cancellation of gas plants in Oakville and Mississauga.

Ontarians are likely to hear a lot more about the horse racing shenanigans in the coming months as McGuinty, his finance minister, Dwight Duncan, and a host of other officials are expected to appear in court to be questioned on their role in the 2012 dismantling of the Slots at Racetracks program.

The breeders, who are suing for $65 million, charge that McGuinty’s abrupt cancellation of the program left them with little time to adapt their business models which require four to five years of planning and investment to breed and raise a racehorse for commercial sale. When the Liberals killed the program many breeders were left with broodmare bands, foals and yearlings worth a fraction of their value.

The court documents show the Liberal government was aware of the catastrophe the decision would unleash on the industry. One email sent from Liberal cabinet minister John Wilkinson to David Gene, McGuinty’s then chief of staff, outlined the government’s knowledge of the potential destruction the decision would have and their efforts to gain politically from it. Provincial Conservative leader Patrick Brown joined radio station Newstalk 1010 to discuss the contents of the evidence. “I have to say these court documents are quite explosive,” said Brown, referring to the following quotes from a Wilkinson email sent to Gene prior to the government’s announcement to kill the program:

“We met with mckinsey, hired by finance. They confirmed under their wildly optimistic best case scenario (ie no collapse of the industry), we are look at 13,000 job losses and 16,000 euthanized horses between sep 4 and dec 31. Collapse (which we think is what will actually happen) is 23,000 job losses and 27,000 dead horses. The lawsuits coming our way will add up to $500 million and you will be lucky to settle for $250 million.”

“I will lay out the plan b and timelines we need to avoid the consequences of plan a (fiscal, legal and political) and give us an advantage in the byelections by wedging both tim [Hudak] and andrea [Horwath].”

The Slots at Racetracks program was launched in the late 1990s by a Conservative government eager to get its hands on gambling revenue. After a referendum that would allow the government to set up charity casinos failed, the province approached racetracks, which were zoned for gambling, and asked them to house slot machines. 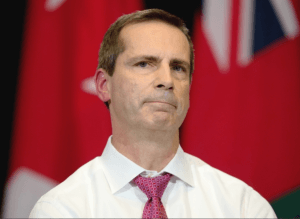 Former Ontario premier Dalton McGuinty will appear in court to explain why he traded the Slots at Racetracks program for a Vegas-style casino pipe dream.

The racing industry initially balked at the idea, arguing that it made little sense to bring a competitive form of gambling into its racetracks. But with horse racing wagering and fan interest declining, a partnership was struck to bring the one-armed bandits to the tracks: 75 per cent of the revenue from the slots would go to the province; 10 per cent to the racetracks; 10 per cent would be funnelled into race purses to support the industry; and five per cent would go to the host municipality.

The program was hugely successful for all the partners, but that all changed in 2012 when the McGuinty government decided they wanted a bigger piece of the gambling pie. The Liberals then hatched a plan to kill the program and take the slots from racetracks and place them in Vegas-style mega casinos across Ontario. Vegas casino companies such as MGM would be asked to build a “Golden Mile” gambling and entertainment extravaganza to make Toronto a world-class gaming destination for gamblers. Horse racing and its 35,000 related jobs and 25,000 racehorses would be collateral damage.

At the time, many critics also challenged the government’s questionable logic and math: to build and manage mega casinos, surely Vegas casino companies would want a bigger piece of the pie than the horse industry was receiving.

Over the course of the Slots at Racetracks trial, the Standardbred breeders are expected to outline how public opposition effectively killed the government’s ‘casino dream’ and how the Liberals refused to reinstate the Slots at Racetracks program. They’ll also highlight how the Ontario government paid Ontario racetracks owners $80 million to ward off potential lawsuits, but refused to pay a penny to horse breeders and other sectors of the industry which were devastated by the government’s decision.