The launch of WinField’s Canadian presence represents the latest evolution for a group of independent retailers that started out as the GROW Community of Independents in 2010. GROW joined forces with United Suppliers in 2015 to become United Suppliers Canada. Meanwhile, United Suppliers merged with Land O’Lakes Inc.’s crop input business, WinField, in 2015.

As of October 1, 2017, this group of independent retailers has started working together as WinField United Canada.

The group of Canadian independents will now be backed by WinField, which they say will allow them to offer more agronomic and business development product and service options.

“We are thrilled to bring the advantages of WinField United to our owners, all backed by local experience and world class distribution expertise,” said Greg McDonald, General Manager of WinField United Canada. “Our goal is to support our retail owners in providing their farm customers with customized crop solutions that help promote efficiency and greater return on investment in every single facet of modern farming.” 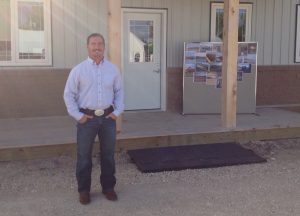 McDonald will continue to lead the Canadian headquarters in Saskatoon.

“Our business has always been built on establishing collaborative partnerships with growers to optimize their production and profitability while minimizing impact to the environment,” says Brent Manning, owner of GJ Chemical in southern Manitoba, in a news release. “Those core drivers align perfectly with WinField United Canada and we look forward to working together to raise the bar in providing our customers with leading edge service, emerging science and proven technology.”