In Canada we do not talk about biofuel production like they do in the United States. I attend many farmer meetings across the country and rarely do I hear talk on the agenda or in the hallways about ethanol or biodiesel production in Canada. In the U.S. ethanol production is a major user of the 90 million acres of corn but in Canada with our 3.6 million corn acres and adjacency to the US, information on our ethanol industry is quite dwarfed.

Recently on Agritalk, I was asked about ethanol production and retail in Canada. I realized I had little understanding of the Canadian ethanol industry, so we reached out to someone who could fill us in.

In 2016, Canada produced 1.8 billion litres or 436 million gallons of ethanol — approximately 2.8 percent of the nearly 16 billion gallons produced in the U.S. To meet our 5 percent mandate, Canada imported 1.093 billion litres in 2016, making Canada one of the largest importers of ethanol from the U.S. and showing room for increased domestic production in the future. The ample U.S. supply of ethanol is one of the reasons that Canadian production has been stifled, but as you will hear in the interview below, this could change with the federal government working on implementing a Clean Fuel Standard and Canada’s acceptance of the Paris Accord. 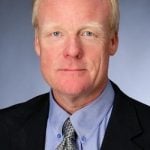 To shed some light on the Canadian industry, I spoke with Jim Grey, chair of Renewables Industries Canada. Mr, Grey is also CEO of IGPC Ethanol Inc based in Aylmer, Ontario.

I asked Jim about the size of the Canadian industry, whether there’s enough domestic corn production in Canada to support the future growth, if the federal government is supportive of the industry, and what the future could look like with the new Clean Fuel Standard: