It’s easier to scare people than reassure them. That’s how environmental activist Mark Lynas frames the debate around the safety of genetically modified organisms (GMOs).

GMOs have their supporters and their detractors, all fighting for or against the technology, and in the middle is a very confused and distrusting public. That’s the narrative director Scott Hamilton Kennedy explores in his new documentary, Food Evolution (watch the trailer below). The film made its Canadian debut last night as almost 300 people packed into a University of Guelph auditorium to view the documentary and question a group of leading academics on the polarizing debate surrounding food with GMO ingredients. 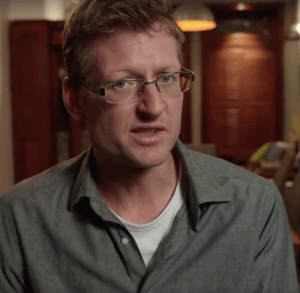 Lynas, a former anti-GMO activist who now considers the technology as a tool that can help protect the environment, also stars in the film. In this interview he describes the film as an attempt to rebalance the GMO food debate.

He says the film does a good job of pointing out that there is as much scientific consensus on the safety of GMO food as there is to support climate change, but GMO safety gets much less traction. The film also points out, he says, the injustices put upon farmers in poorer countries who are denied better seed and tools to give them a better chance to feed their families.

In many ways the film is an indictment of science, specifically the inability of scientists to effectively counter the efforts of fear entrepreneurs such as Dr. Oz, the Food Babe and the Institute for Responsible Technology’s Jeffrey Smith.

For GMO supporters there are hopeful moments in the film, like when Monsanto’s chief technology officer Robb Fraley and University of California Davis scientist Allison van Eenennaam win an IQ debate on the benefits of GMOs in New York City. “It may be the first time science has even won a debate,” quips Lynas.

Will the film be able to make an impact on the GMO debate? Unfortunately, the odds are stacked against it, says Lynas, who notes that the film is having a tough time getting a television audience – PBS has turned it down in the U.S. and no European channels will show it.

Check out the Food Evolution website for showings across North America.