India’s government has taken a positive step toward resolving the uncertainty surrounding its rules for Canadian pulse crop shipments, according to Saskatchewan Pulse Growers and Pulse Canada.

Technically, India has required fumigation of imports at port of origin since 2004. Canadian peas and lentils have traditionally been exempt, as India has repeatedly issued six-month waivers for crops coming from Canada, but that ended in March of this year.

As it stands right now, shipments leaving Canada after June 30, 2017 will have to be fumigated with methyl bromide before arriving in India. This has the potential to disrupt trade as methyl bromide is an ozone-depleting chemical that is not used in Canada.

However, this requirement could still change, as India has recently submitted a draft notification to the World Trade Organization signalling it might loosen the looming phytosanitary requirements for shipments from Canada.

“It was very positive in the sense that it’s the beginning of a formal recognition by India of what Canada does instead of fumigation to make sure we don’t have any quarantine pests in export shipments,” explains Gord Kurbis, director of market access and trade policy with Pulse Canada, emphasizing that there is no insect problem in Canadian shipments. 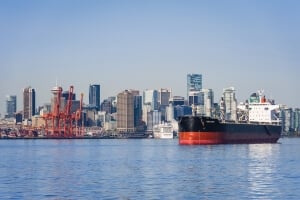 The pulse industry group is working with the Canadian government to explain to Indian officials how phytosanitary risks are minimized, including the absence of pests of concern to India in Canada, the impact of cold Canadian winters, and strong regulatory oversight through the Canadian Food Inspection Agency and Canadian Grain Commission.

“When you add all those steps together, when you take them as the sum of all the parts, the probability of there being a stored grain pest in any Canadian export shipment is virtually nil, so it is just as effective as a blanket fumigation requirement,” says Kurbis.

The document suggests India would monitor the effectiveness of Canada’s “systems approach” for a two-to-three year period, notes SaskPulse in an update for its members.

While it might be a step in the right direction for Canadian exports, the draft still refers to a blanket fumigation requirement, only with phosphine instead of methyl bromide.

“For fumigation to be effective, and to even be legal so you’re compliant with the label here in Canada, you can’t fumigate with phosphine with temperatures below 5 degrees Celsius,” says Kurbis, noting Pulse Canada is seeking clarification on this reference to phosphine.

Listen to an update from Pulse Canada’s Gord Kurbis on the status of Canadian pulse crop exports to India: