Todd Lewis found himself at the end of the driveway on his family’s farm near Gray, Sask., this week watching a motorcade pull up.

Among the people climbing out of the vehicles parked along the gravel road was Prime Minister Justin Trudeau — a rare visit to a farm by a sitting prime minister.

Accompanying him were Agriculture Minister Lawrence MacAulay and Public Safety Minister Ralph Goodale. The underlying theme for their visit was the value of canola to the Canadian economy.

As Lewis, who’s president of the Agricultural Producers Association of Saskatchewan (APAS), explains in the audio below, Trudeau and his ministers spent more than an hour at the farm, looking at seeding equipment, a sprayer, and a combine (see photos below). 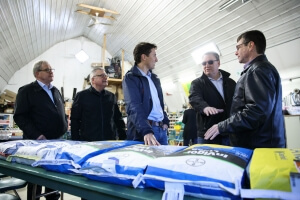 Canola was the focus of Trudeau’s visit (PMO)

“The prime minister has a genuine interest in how everything works, with canola, and was a pretty quick-study on the value of GPS. We talked about how important cell service and connectivity is and all those kinds of issues,” he says.

Politics aside, Lewis notes it was an opportunity to help the country’s leadership understand what happens on a Canadian grain farm.

“It’s not about politics,” he says. “It’s about there’s the guy who’s negotiating our trade deals and so on…the more we can inform them about how things work out here, it’s just good practice.”

After visiting the farm, Trudeau met with farmers, farm group staff, and media at the Gray Recreation Centre, where he was asked about the federal government’s carbon tax plan and the recent developments surrounding NAFTA. (Yes, he also posed for some selfies.)

On the heels of the report from the federal Advisory Council on Economic Growth highlighting agriculture and agri-food, Trudeau said his government recognizes the ag industry’s potential.

“The work that our government is doing, the investments we are making and the trade deals we are negotiating, they do make a difference in the lives of farming families like the Lewises, and the other hardworking women and men who are here with us today,” said the Prime Minister. “We make these investments in Canada’s farmers because every day you make an investment in us, making sure we have good healthy food to eat and giving us food we can trust.”

Listen to Todd Lewis discuss how the PM’s visit was organized and the experience hosting Trudeau: 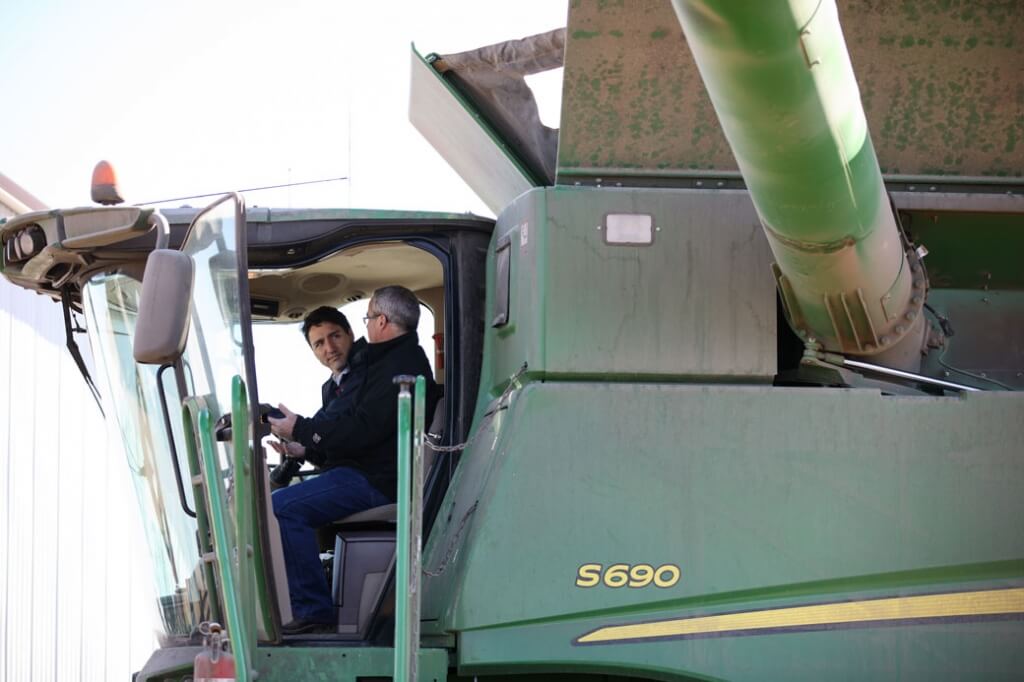 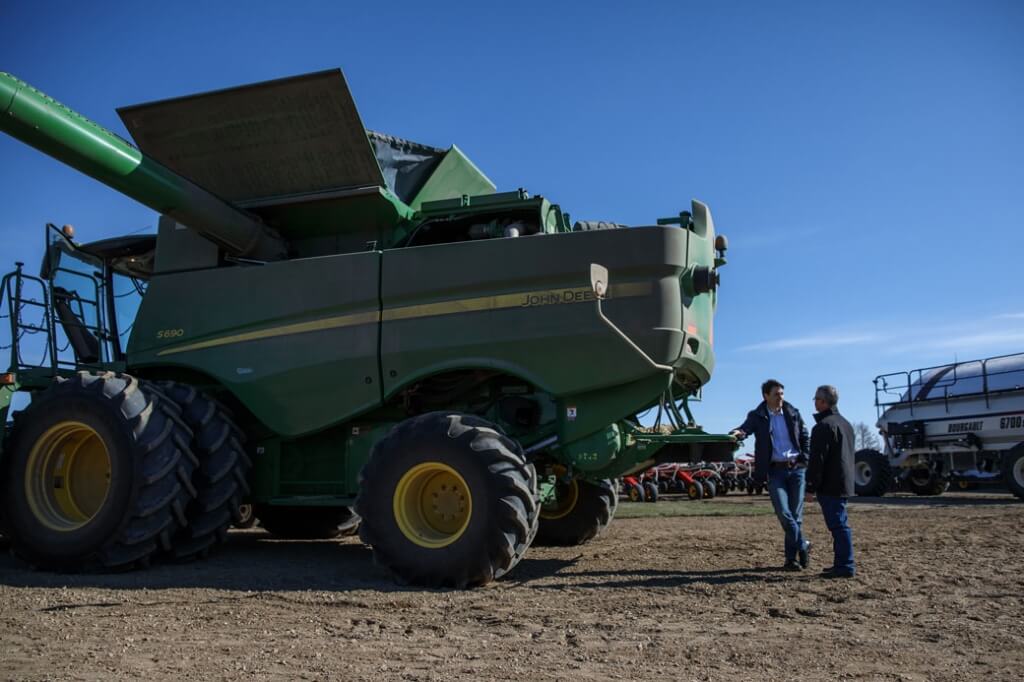 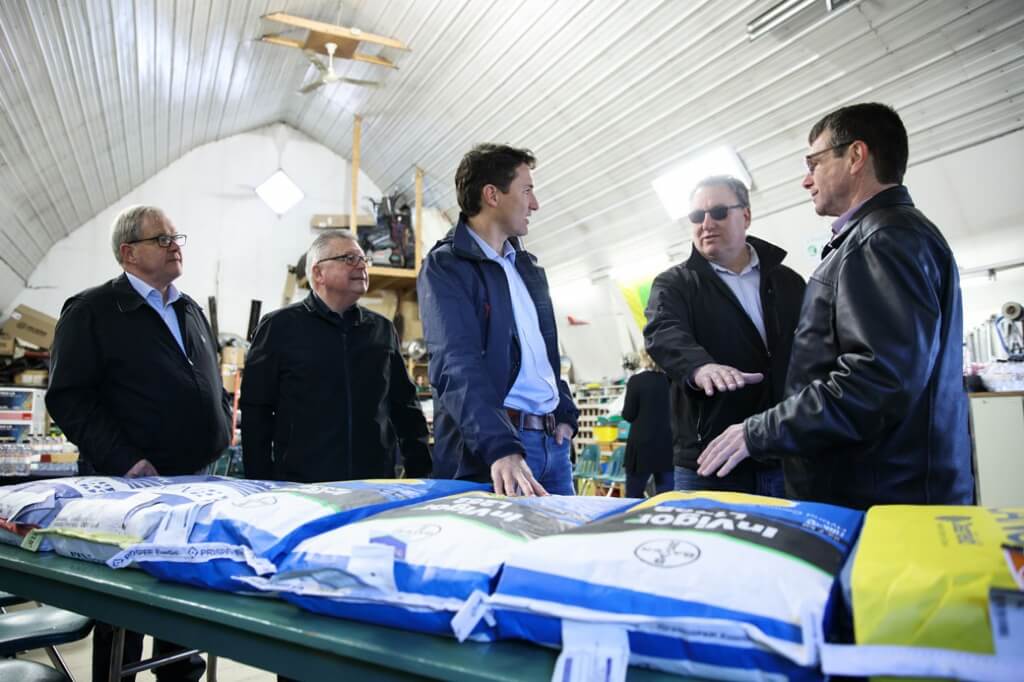 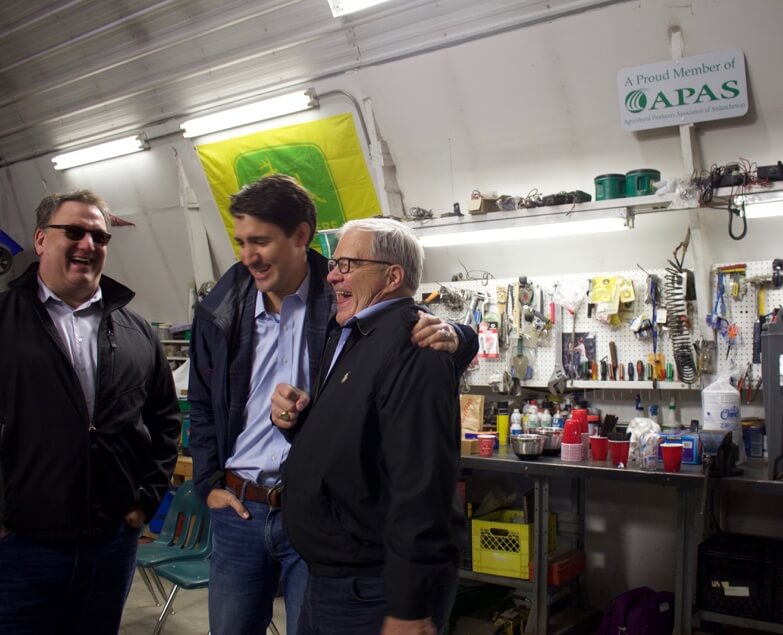 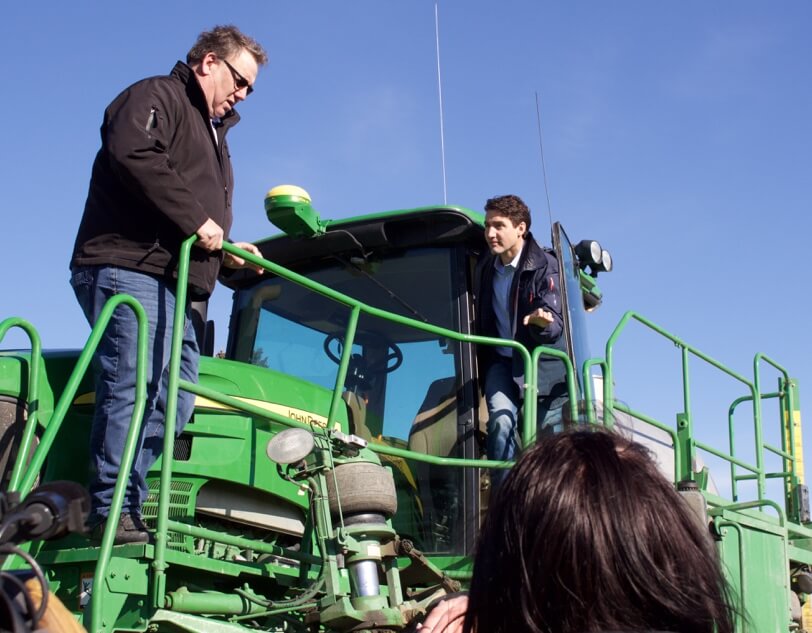 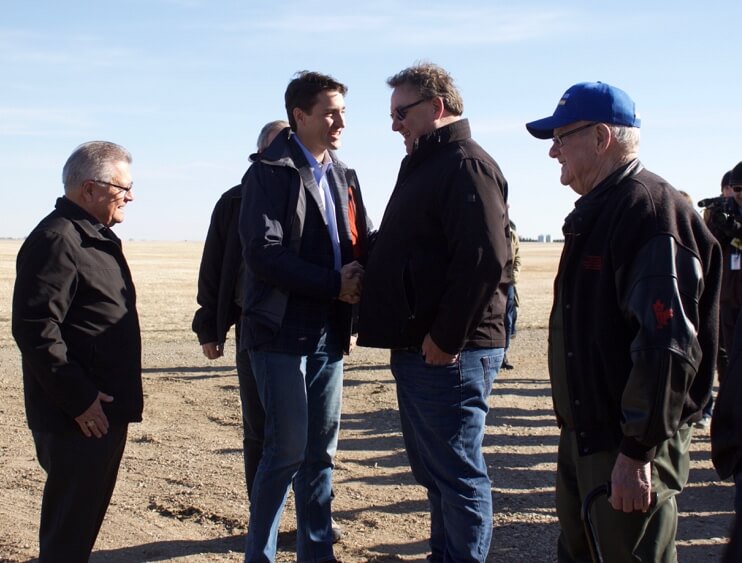 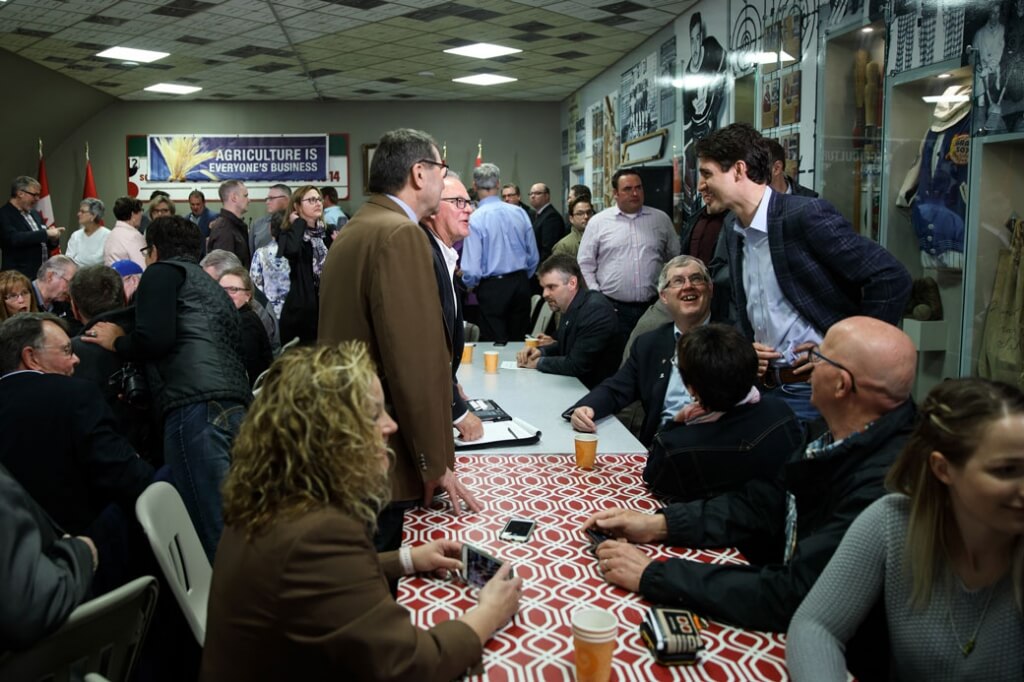 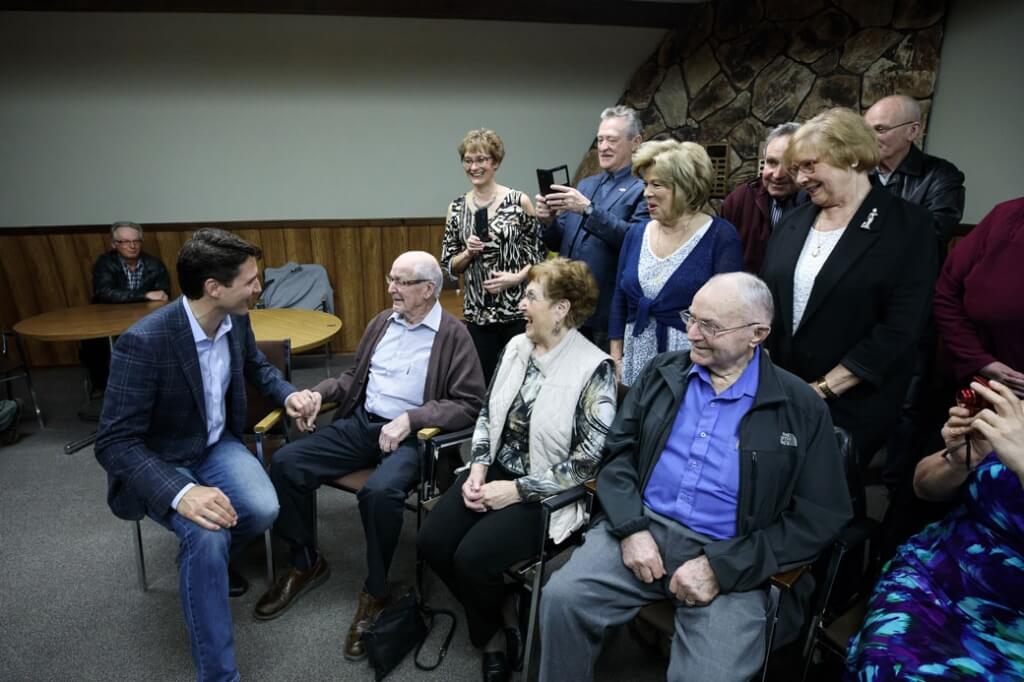