Saskatchewan’s new provincial budget will cost farmers an average of $2 per acre, according to calculations by the Agricultural Producers Association of Saskatchewan (APAS).

While there’s been a fair bit of discussion about the province reducing exemptions on farm fuel and the impact that will have, there hasn’t been as much talk about how the expansion of the PST will also hit producers’ pockets.

The provincial sales tax has been raised from 5 to 6 percent, and applied to goods and services that were previously exempt, such as insurance premiums.

As large consumers and high-risk businesses, this will disproportionately affect producers, says APAS president Todd Lewis in the interview below.

“Last year, total farm receipts were $14 billion and (farmers) only kept 2 of it. So we’re spending 12 to make 2. If you start taxing the 12 billion, it has a pretty big impact on the 2 billion dollars that’s left behind,” he notes. “I think the biggest hit is going to be on the PST going forward on products like insurance, because farmers are big consumers.”

APAS estimates the budget will result in new farm expenses totalling over $74 million, with around $38 million in fuel taxes and over $28 million in PST on production and business insurance premiums (see chart below).

Lewis joined us on RealAg Radio on Wednesday to discuss the changes to farm fuel tax, PST, and the farm community’s share of the increased tax burden: 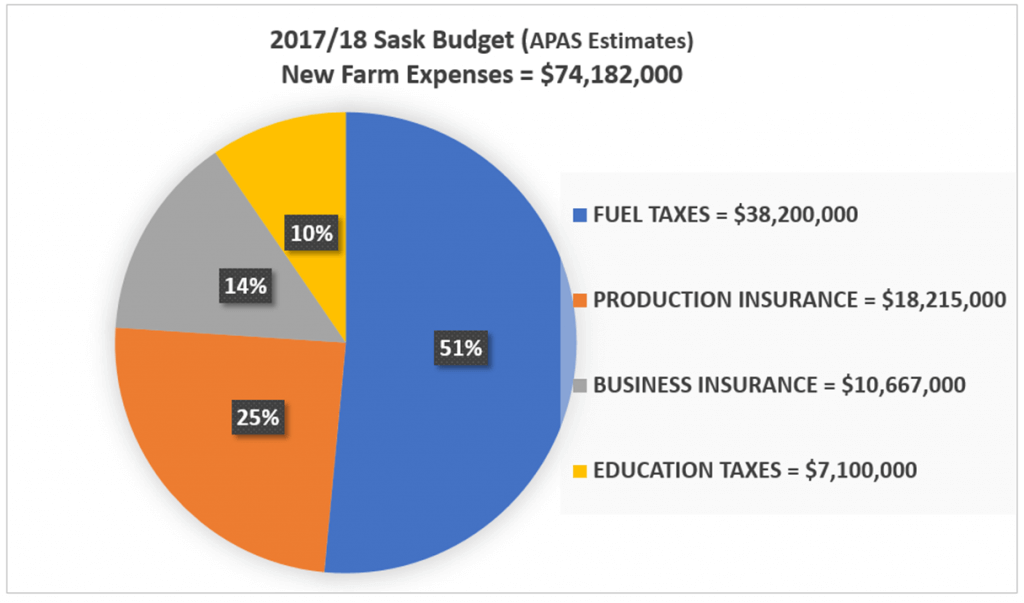