Activist attention coinciding with the launch of Canadian Agriculture Literacy Month has served as a “wake-up call” for Agriculture in the Classroom-Canada and its partners.

Several anti-GMO activist organizations, including the Canadian Biotech Action Network, Kids Right to Know and the Council of Canadians, sent a letter to education ministers across the country asking them to remove some of AITC’s content for Ag Literacy Month from classrooms. The letter specifically referred to a webinar hosted by a representative from Okanagan Specialty Fruits, the company that developed the genetically-engineered non-browning Arctic Apple.

“This has been a first. We’ve never been targeted before, so it’s been an amazing professional development opportunity for the organization,” says Johanne Ross, executive director of the national non-profit ag education organization, in the interview below. 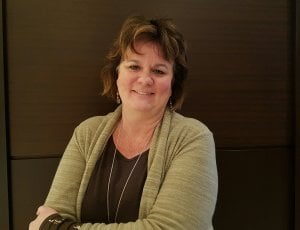 The activist groups also described Ag Literacy Month programming as “propaganda” and “a corporate intrusion into our schools” because AITC lists Syngenta, Dow, Dupont, and Bayer as some of its sponsors.

“We were really surprised when we heard this was happening. Of course we’re not worried in the least about what we’re offering,” says Ross. “We’re very much in favour of critical thinking and what we call inquiry-based learning.”

As she explains, AITC is committed to providing “accurate, balanced, and current” (ABC) information about agriculture, and teachers are encouraged to reach out if they have questions. AITC’s donor policy requires financial partners understand this “accurate, balanced, and current” mandate. “And secondly, the funders have absolutely no influence into the information we put into classrooms,” she says.

As part of Ag Literacy Month, farmers and people employed in agriculture will be visiting more than 800 classrooms and 30,000 students across the country during March.

Ag in the Classroom’s Johanne Ross discusses the activist attention (at the Canola Council Convention in Winnipeg, as heard on RealAg Radio):