The final regulations were published in Canada Gazette, Part II on February 22, and take effect immediately.

Irradiation involves exposing food to low levels of ionizing radiation, which can reduce the levels of E. coli, Salmonella and Campylobacter, as well as prevent spoilage and extend shelf life.

“Ground beef that is irradiated retains its nutritional value, taste, texture and appearance…,” said Health Canada in a statement announcing the regulatory change. “Permitting this technology will give the beef industry another tool to enhance food safety.” 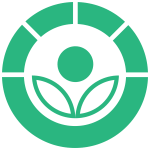 The international symbol for irradiated food.

All foods treated with irradiation must be labelled, both with a written description and the Radura symbol (right). Health Canada notes if the food isn’t packaged, a sign containing this information must be displayed at the point of sale.

The department also points out the U.S. has allowed the irradiation of fresh and frozen ground beef since 1999, and more than 60 countries worldwide permit irradiation of various foods. Irradiation is already approved for potatoes, onions, wheat, flour, and spices in Canada.

“Of all the technologies that are used to process food, irradiation is the most extensively studied and has been over 100 years,” said University of Manitoba food safety expert Rick Holley in this Beef Research School episode.

The Canadian Cattlemen’s Association originally submitted an application to allow the sale of irradiated ground beef in 1998. That application was reactivated in 2013, and the amendments to the Food and Drug Regulation were formally proposed by Health Canada for public consultation in June 2016.