Donald Trump may or may not succeed in building a wall between him and us for what he calls security purposes.

But let’s be clear: we appear to be entering a new era of American protectionism. If it’s not a physical structure that comes between us, in the name of saving US jobs and lives, it will be something else. Border tariffs or trade agreement rewrites come to mind.<

Trump will find a way to do it.

And with every such move, a little bit more of the access to our key export market, the US, is threatened.

Trump’s enemies hope for impeachment or some other measure that sees him leave the office prematurely. But most likely, we’re in this for years. During that time, he can do a lot of damage, and chip away incessantly at our export-dependent farm economy.

But what if more farmers, or anyone who has an entrepreneurial interest in food, take the bull by the horns, and hit back where it hurts – that is, in the pocketbook – by starting their own storefront or retail business, as another income source and as a buffer against the great unknown?

These are taking off in the U.S., where new businesses obviously have a different start-up motivation than we do. There, small food companies are growing at a rate of 11 to 15 per cent a year, 10 times the speed of top manufacturers.

Sure, they’re not all farmer related. But I have a friend in Illinois who put his grandchildren through university by growing and selling popcorn. You don’t need to become the next Wal-Mart to succeed.

First, she says, small companies are “agile.” They can spring up faster and respond more quickly to consumer trends. When some new imperative comes along, then can make change much faster than big business.

They also attract consumer loyalty. Consumers can identify with the person behind the product. And in an age of faceless corporatism, that counts.

Millennials in particular like what are called “mission-based companies,” those committed to such measures as high animal welfare standards and environmental sustainability.
To me, that has farming written all over it.

Plus, farmers are already businesspeople. They understand business principles, like how profitability and sustainability go hand in hand. And when it comes to food, it all starts with them.

Traditionally, many Canadian farm commodities have been finished by someone else – maybe even in another country, such as the U.S. – who turns our raw commodities into value-added products.

But Dummer says it doesn’t have to be that way, particularly given current food trends of which farmers are such a strong part, especially health, social impact, and chef-inspired foods.

So she’s encouraging farmers and others in food production to look within their own operations and consider starting a retailing business to become what’s called vertically integrated – that is, taking control of more production aspects or steps in the value chain.

Working collaboratively with others is key. They can do custom work for you, and you maintain ownership of the finished or partially finished product.

That in itself can be a challenge to producers, many of whom were drawn to the sector in the first place because they like the independence of farming.

Some “collaborators” are inevitable, such as inspectors. But what about the rest, for marketing and promotion, branding, and exporting, to name a few? How much of this can you do yourself? 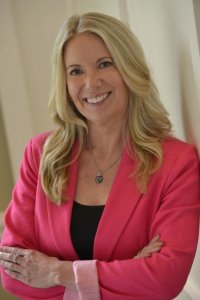 Dummer and others will address such questions in the Innovation Guelph workshop at the end of February.

Elsewhere in Ontario, the province is offering a course called Selling Food to Ontario, which runs twice, in February and March.

It will covers topics such as market channel opportunities, basics of food regulations, costing and pricing your products, food packaging and labelling, getting your product listed, and food trends.

“These workshops are targeted to producers and small processors who are looking to expand into new markets and sell to grocery stores, restaurants, food hubs (and) public institutions,” according to the province.

Dummer is enthused about small business possibilities for farmers with a particularly entrepreneurial spirit and the willingness to do something different.

“Agricultural products from Canada have always been highly regarded, at home and around the world,” she says. “There are some real opportunities out there.”