Growing soybeans in Ontario in 2016 was a real nail biter.

Even Ontario Ministry of Agriculture, Food and Rural Affairs soybean specialist Horst Bohner admits to being pretty nervous as the soybean crop struggled through a dry July. Many farmers were lucky when rains arrived in August, but a good portion of the province – Niagara and parts of eastern and northern Ontario – never recovered.

Bohner says the 2016 provincial yield average will reflect two extremes: some growers literally didn’t harvest anything while others had record years. “There were farmers this year that had farm averages of over 70 bushels an acre. That’s amazing. Some farmers had the best years of their career.” 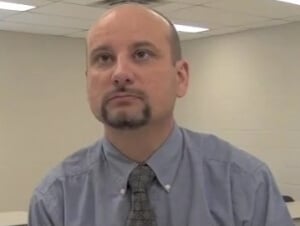 OMAFRA soybean specialist Horst Bohner says the 2016 crop illustrates the need to put even more effort into breeding varieties that are resistant to disease.

Overall, Bohner feels average soybean yield will likely fall just below the five-year average of 46.6 bushels per acre. In early December, with about 50% of Ontario’s 2.7 million acres reporting, average yield was tracking at 44.8 bushels.

There’s plenty to learn from these yield extremes and how soybeans performed across Ontario in the dry conditions. In this episode of Real Agriculture Soybean School, Bohner takes a look back at the year and offers a number of observations. The first thing on his list is how healthy soils handled the stress. There’s no doubt that well-managed fields with good rotations were better equipped to conserve moisture.

Bohner says 2016 added further evidence that a dry spring is not a bad thing when it comes to soybeans. It tends to push roots deeper into the soil and make them more prolific when it comes to nutrient uptake. “Sometimes it actually turns out for the best as long as the moisture comes in time. And it came just in time for some, but not for everybody.”

Bohner also notes how the season reinforced the need for optimum soil fertility, especially P and K. He’s a big proponent of soil health, and all the benefits of cover crops, rotations and reduced tillage, but lack of nutrients is a huge hurdle for even the healthiest of soils to overcome. He cites 2016 trials from the Elora research station that show 50 bushel yields from plots with established fertility; compared to plots where fertilizer was broadcast (40 bushels); and plots with no fertilizer (35 bushels).

Overall, the 2016 soybean crop had very little disease pressure. Bohner feels the dry conditions played a key role in reducing root rots and white mould. That left growers with healthy plants ready to make beans when moisture arrived. “What does that mean?” asks Bohner. “I think we have to put even more effort into breeding varieties that are resistant to disease.” Keeping beans healthy equals higher yields. It’s that simple, he says.

Double crop soybeans also proved successful in 2016 with growers harvesting yields ranging from 25 to 24 bushels. It’s not for every grower, but the recipe for success, including early planting, field selection and variety selection, is becoming clearer, notes Bohner.