61% of Canadians have a “very or somewhat” positive impression of Canadian agriculture according to a new national survey released by Farm and Food Care (FFC) and the newly minted Canadian Centre For Food Integrity.

That’s the highest ranking Canadians have given farming since FFC started asking Canadians for their impression of the industry 10 years ago. In 2006, 41% of respondents were positive, 52% in 2009 and 56% in 2012. 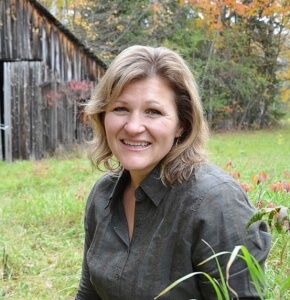 Farm and Food Care’s Crystal MacKay says the new Canadian Centre For Food Integrity will work to create a better understanding of what it takes to build public trust in food and farming.

Findings come from 2016 Public Trust Research, which is based on an Ipsos Reid poll that surveyed more than 2,500 Canadians online from Feb. 19 to Mar. 10. The survey also indicates that farmers remain a trusted source of information about farming, but red flags do appear in areas of environmental stewardship and animal welfare.

Crystal Mackay, CEO for FFC, says the entire ‘farm team’ can take credit for the positive impression. She says her organization, Ag More Than Ever, Agriculture In The Classroom and the countless efforts of farmers have played a key role in putting a public face to farming.

“That’s not a passing grade, it’s not high enough,” says Mackay in an interview with Real Agriculture. “Those of us who work in communications and are passionate about caring for their land need to step up. We are doing a lot of heavy lifting and great work for the environment, but people don’t seem to know that or recognize that.”

Canadians’ environmental attitudes have likely been influenced by two years of media headlines dominated by stories of agricultural seed treatments impacting bee and pollinator health, and Ontario government policy that added credence to the claims. Phosphorus runoff from farms and the potential impact on the Great Lakes have also grabbed public attention.

Canadians’ perception of farm animal welfare has also been hit hard by a succession of undercover videos shown on television news magazines such as W5 and Marketplace. In the survey, “only 27% of Canadians believed that undercover videos were not typical farm practices,” notes Mackay. “That definitely needs improvement.”

The survey findings are being released this week in Ottawa at the first annual Public Trust Summit, which marks the launch of the Canadian Centre For Food Integrity, a new division of FFC, which is modeled after a US organization that launched in 2007. Mackay says the goal of the organization is to create a better understanding of what it takes to build public trust in food and farming.

Mackay notes that the Canadian Centre will look to expand on US work that shows building trust in farming and food systems starts with connecting with consumers’ values. For farmers, the key to effective communication is to “connect with people on what’s important to them and what you share in common with them.”

It’s important for farmers to tell consumers that they share their concern for things like environmental stewardship. “Our goal as farmers is to leave the environment in better shape for my kids than when I started this farm” is the first message Canadians need to hear, explains Mackay. Research, technical information and science can be added to support the message.

The 2016 Public Trust Research results reveal that 93% of Canadians know “little or nothing” about agricultural practices, but they do care deeply about how their food is produced.

“It’s easy to jump into the hows and whys and give people a PhD in farming, but you really have to keep it simple,” says Mackay. “Start with showing you care and then get into the details.”