It was made pretty clear at the Advancing Women in Agriculture conference in Calgary: women need to be more involved in boards.

According to a survey conducted by GMI Ratings, in 2012 women held just 10.3% of seats on Canadian boards, a far cry from the 30%, and ultimately 50% goal outlined by a Report by the Government of Canada’s Advisory Council for Promoting Women on Boards, published in June, 2014.

The group outlined a few reasons for the low representation of women on boards, citing a lack of executive-level commitment to gender diversity, executive search firms’ lack of focus on presenting talented female candidates, inadequate information about women candidates’ availability, and the tendency for leadership networks (who are predominantly male) to choose candidates that resemble themselves through unconscious biases. 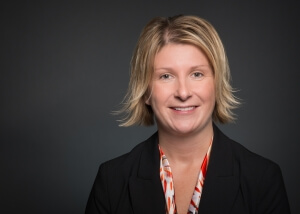 “On nine of the boards I’m on right now, I think five of them, I’m the only female,” Cargill Canada’s VP of Corporate Affairs, Chantelle Donahue, told RealAgriculture in an interview after her presentation at the Conference. “There’s only one where there are more females than males — that happens to be actually a federal government appointed board.”

Donahue has hope though. She calls the discrepancies in agricultural boards “a bit of a sign of the times,” and says that now that more women are working in the industry, we’ll start to see the transition on boards.

“I think it’s just a matter of time,” Donahue said, pointing out that a lot of boards require industry experience.

Still, she’s not entirely for the idea of mandatory gender diversity.

“I think number one, you should be on a board because of the merit and ability that you bring into that board,” she said. “Whether you’re male, female, from rural, from urban, the primary driver…that should drive that candidate pool should be that needed skill-set.”

That shouldn’t stop anyone from applying. If you have a passion for something and want to make a difference, Donahue believes being on a board is a great way to fulfill that need.