Founded in 1961, Highline is the largest mushroom business in Canada and largest organic mushroom producer in the world, marketing around 58 million pounds of mushrooms annually from four production facilities in Leamington, Kingsville and Wellington, Ontario.

“We couldn’t be more excited about this transaction and joining Fyffes, given its long history and successful track record of growth,” said Highline CEO Glenn Martin. “We already operate some of the most state-of-the-art mushroom facilities in North America, and this arrangement will give us access to a global market leader in fresh produce.” 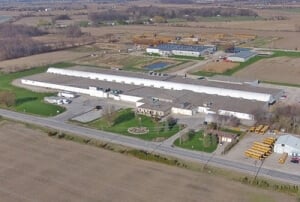 Martin and his management team will continue to lead the mushroom business, maintaining the four facilities in Ontario and a distribution facility in Montreal. The company says it will be “business as usual” for its 1150 employees.

The mushroom acquisition is an effort to diversify for Dublin-based Fyffes, which is known for its banana, pineapple and melon business in Europe and the Americas.

“This transaction fits perfectly with Fyffes strategic objective of adding an additional product to its existing three through the acquisition of an established, successful, integrated operator in a category with significant scale,” said Fyffes chairman David McCann.