Back in the late 1960s and early 1970s, when Pierre Trudeau was Prime Minister, it’s unlikely he would have envisioned his eldest son Justin not only leading the country like him, but advocating for the legal use of marijuana as a recreational and medicinal drug.

Likewise, had the fathers of the budding soybean sector here looked into their crystal ball, even the most liberal among them would not have predicted the oilseed they viewed with such promise would have reason to be mentioned in the same breath as marijuana.

But the two worlds met last week, when three University of Guelph Ridgetown campus students took home $2,500 for winning first place in the diploma category of Project SOY (Soybean Opportunities for Youth), a contest at the University of Guelph that promotes new uses for Ontario’s top cash crop, for an invention called SoyPure rolling papers.

The papers, made from mechanically pulped soybean wheat straw, are clearly targeted to pot smokers. The three inventors — Matthew Baute, Greg Rooney and Ian Seifried — presented a prototype of their product at the Project SOY day-long product showcase in Guelph, where winning entries were selected by a panel of expert judges from production agriculture, industry and government.

Since its inception, Project SOY has seen its share of unique and sometimes exotic winning entries, including a soy-based nanofibre wound dressing called SojaSkin and a soy-based personal lubricant, called Soyuwanna. It’s also sparked at least one commercial product, Soygo, a soy-based yogurt now produced by the company Yoso in nearby Cambridge. 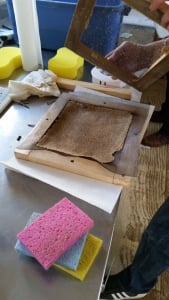 And while these entries were clever and successful in the competition at least, SoyPure rolling papers zigzagged through the annals of the most memorable entries by having a key factor on their side: time.

As the inventors point out in their free-wheeling final report for the contest, marijuana reform and decriminalization has never been more realistic than it is now. It gained huge profile as part of the Trudeau election campaign last year. Its use as a medicinal aid continues making headlines. And most lately, in January, the Prime Minister took a major step forward in making Canada pot friendly by appointing former Toronto police chief Bill Blair, now an MP, to usher in legalization.

If this train keeps rolling, students Baute, Rooney and Seifried want to be waiting at the station when it arrives, SoyPure rolling papers in hand. They believe pot smokers will, like most other consumers, get hooked on the buy-local movement and happily support their homegrown product. After all, besides using Ontario soy, it also employs two other crops from local farmers, honey and sugar, as glue to seal the paper shut.

It’s not all euphoria, however. By their own admission, they still have a long way to go. At the product showcase, the papers they presented were stiff and thick. They’ve learned they need some additives (natural ones, of course, such as Arabica gum, and fibres from other plants such as miscanthus and flax) to make their papers pliable. But learning — and soybeans — is what Project SOY is all about. 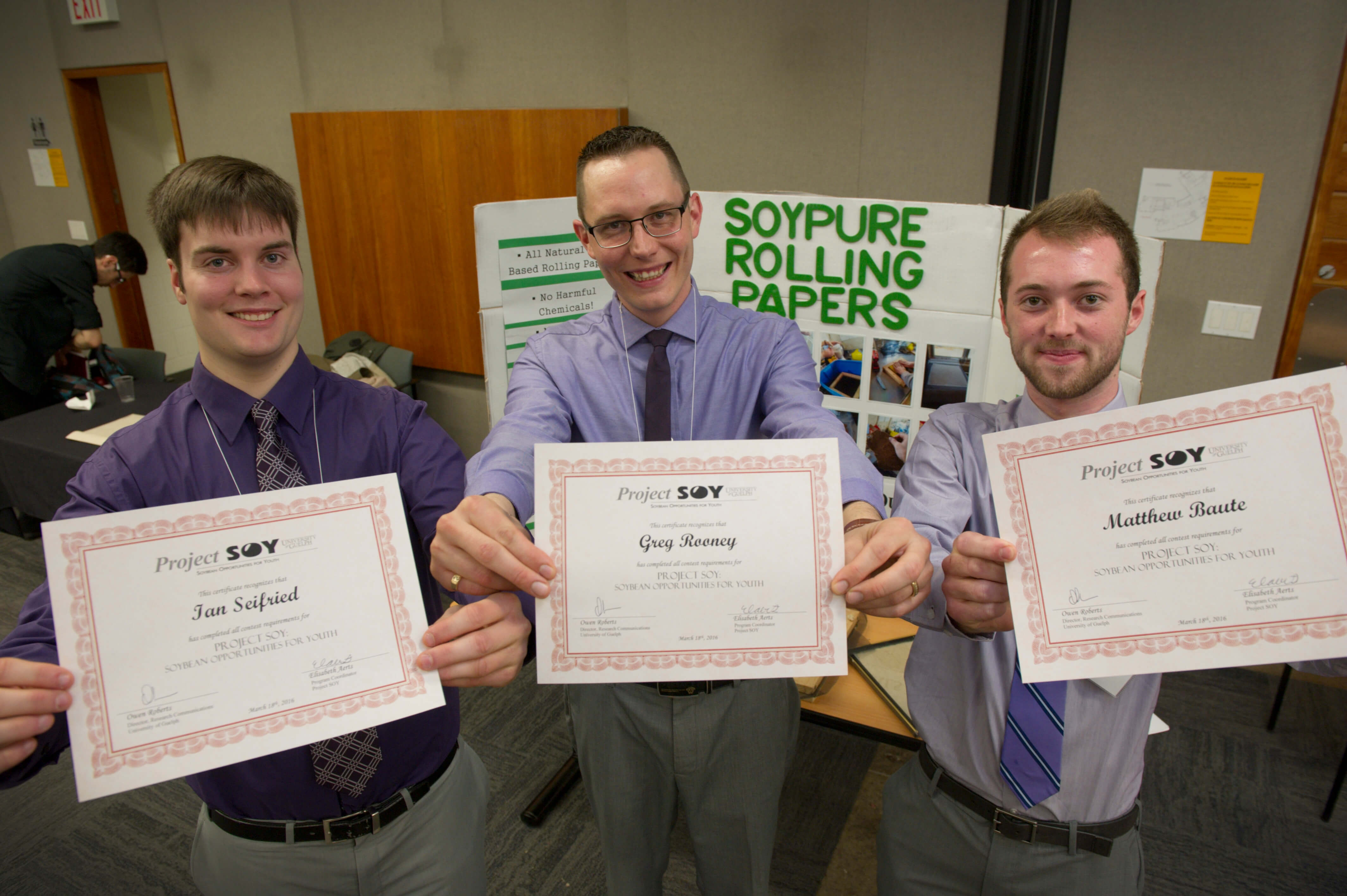 It’s certainly high times for soybeans in Ontario. Back when the Project SOY competition started 20 years ago, soybeans were slugging it out with corn for the title of Number 1 cash crop. Certainly corn is still a vitally important crop here. But acreage-wise, last year soybeans were planted on about 2.9 million acres, nearly a million more acres than corn.

That many soybeans produce a lot of residue. In fact, the SoyPure team cites a 2010 report that claims more than six million tonnes of soybean stalks and such could be safely removed from Ontario fields every year. Those who say organic matter belongs in, not out, of fields decried the report at the time. But SoyPure thinks at least some of this material could be used to support their product.

As part of their research, the product inventors solicited 100 customers at a headshop in London, Ontario, and had a favourable response to the potential of their product, furthering their resolve to consider entering the market. They believe SoyPure papers could ultimately be produced for a reasonable $2.70, for a pack of 32 papers.

And who in the roll-your-own crowd wouldn’t spend that kind of pocket change to, as the inventors say in their report, “smoke in peace,” secure knowing that local farmers are benefitting from every toke?

Project SOY is sponsored by the Grain Farmers of Ontario, Soy 20/20, Agriculture and Agri-Food Canada, DEKALB and the Ontario Ministry of Agriculture, Food and Rural Affairs. Prizes are awarded in diploma, undergraduate and graduate categories each year.