If you ask a farmer or agronomist using a drone for field scouting or other imagery-related applications what type of unit they use, chances are it’s a DJI Phantom. There are many drone manufacturers out there, but the Chinese company has a majority market share, particularly in the market for beginner units.

The latest model in DJI’s Phantom line was released in New York yesterday. 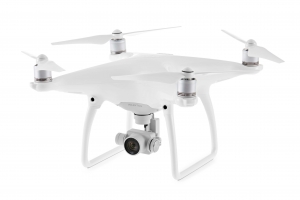 The Phantom 4 is designed to not only fly faster and have a longer battery life, but it’s also the first consumer drone to “see” and automatically react to its surroundings, whether that’s to avoid collisions or follow an object.

“With the Phantom 4, we are entering an era where even beginners can fly with confidence,” said DJI CEO Frank Wang. “People have dreamed about one day having a drone collaborate creatively with them. That day has arrived.”

In terms of specs, the main camera is still the 4K imaging device. DJI says the gimble has been redesigned for more stability and reduced vibration, and has been repositioned for an improved centre of gravity and to reduce the chances of propellers getting in the camera shot. The Phantom 4 is supposed fly for up to 28 minutes per charge — five minutes longer than the Phantom 3 Professional — with a 5km range and a live 720p camera view. In sport mode, it will fly up to 45 miles/hr.

It features multiple flight modes, including ActiveTrack, where the drone will track an object selected via the DJI Go app on an iOS or Android device and keep it centred in the camera shot. It also has a beginner TapFly option, which allows the operator to tap a destination on a map in the app and have the drone fly there.

Preorders for the unit, listed at US$1400, started March 1 on DJI’s website and Apple.com. It will also be sold in Apple stores starting March 15, with wider availability from other sales partners on April 1.