Farmers’ healthy appetite for information gives agricultural media everywhere a vital role in the agri-food sector. Knowledge mobilization, technology translation and transfer, extension or whatever you want to call the flow of information from a source to a user depends significantly on skilled, trusted media. Feedback from users is an important part of the cycle too, but if the media can’t effectively communicate information in the first place, quality feedback is unlikely to occur.

Earlier this month in New Zealand, a significant step — historic, in fact — was taken to ensure farmers globally have better access to information.

There, at the annual congress of the International Federation of Agricultural Journalists, delegates from more than 20 countries including Canada voted to change the organization’s constitution to accept membership from guilds in countries without freedom of the press.

Throughout the federation’s 59-year history, only agricultural journalism guilds or associations in countries deemed to have freedom of the press (as determined by internationally accepted sources such as Freedom House) were welcomed as members.

The rationale for this limitation was two-fold. First, there were concerns that unscrupulous and oppressive regimes might scurrilously portray membership in the federation by agricultural journalists in their country as a signal to the world that they have a free press, when in fact they don’t.

As well, members worried that agricultural journalism guilds in such countries would actually be populated with government communications people masquerading as journalists, and deny entry to true journalists.

Things started changing with the arrival of the Internet, and much greater connectivity among journalists in all countries. In 2008, the federation created a new global strategy, which included a mandate to bring journalists without freedom of the press into the fold. Much of the impetus to do so was at the journalists’ request.

Various approaches ensued, including setting up a program called the Master Class, with support from DuPont Pioneer. For the past five years, the company has offered funding to bring experienced journalists from non-member countries to the global congress, such as the one this year in New Zealand, and next year in Germany.

The Master Class, more than any other single activity, catalyzed the federation’s decision to open up membership. After attending the congress, getting some leadership training through the Master Class and liaising with top agricultural writers and broadcasters from the so-called free world, journalists returned to their home countries and, oppressive regimes or not, met with like-minded colleagues and set up their own agricultural guilds.

They used IFAJ guidelines for writing a constitution and establishing a charter. They were committed to freedom of the press and the free flow of information, even though their governments weren’t, or weren’t there yet. They were anxious to share stories from farmers around the world with the farmers they served.

But the federation’s freedom of the press stipulation was still restricting them from becoming members and taking advantage of professional development activities and other features that would enhance their ability to communicate to farmers.

As one participant put it, the press freedom stipulation was penalizing those who probably needed the federation the most. After all, less than 15 per cent of the world’s citizens enjoy freedom of the press. And in many developing countries, agriculture is the primary industry and the issues are huge. It certainly isn’t journalists’ fault that their country puts limits on journalistic freedom, thwarting their efforts to explain and explore issues, convey information and help the agricultural sector advance.

So finally, after years of debate by the federation to make sure it got it right, at the annual congress in New Zealand delegates unanimously accepted a constitutional change for membership.

With that change accepted, the federation then went on to welcome eight new member guilds from Burkino Faso, Burundi, Croatia, the Democratic Republic of Congo, Ghana, Iran, Somalia and Turkey. Each had completed full applications, including developing its own constitution.

Canada has a major role in global agricultural journalism. Earlier this year, the international federation chose to establish its global office in Quebec, with a firm called Qu’Anglo Communications. As well, along with four other guilds, Canada is topping up support for the Master Class to help augment the program’s offerings.

And for the past decade, the Canadian federation has put forward a young journalist to take part in a highly successful leadership development program at the annual congress, with support from Alltech.

In New Zealand, Canada had the second most participants at the congress, behind the United States. All this, plus the federation hosted the global congress here in 2011 to introduce agricultural journalists from around the world to Canadian farming first hand.

Now the hard work begins. Just as Canada starts emerging from a dark era of muzzled media relations with its federal government, agricultural journalists worldwide – including the new members themselves — are looking at this change in the federation and wondering how to nurture it and make it meaningful for everyone. 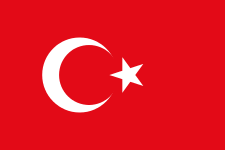 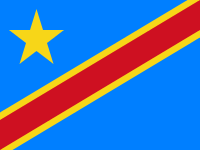 Flag of the Democratic Republic of the Congo 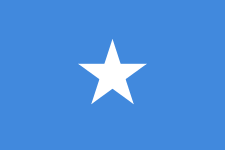 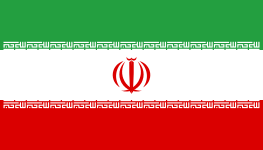 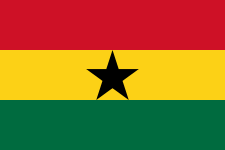 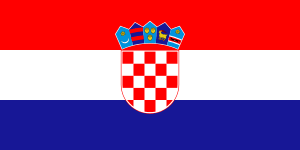 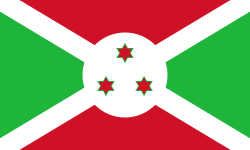 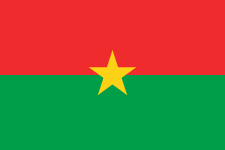 The premise itself of involving a new world of agricultural journalists in the overall drive to share information is unquestionably a winner. It’s particularly true as we look to the future and realize the way farmers will feed the growing population is through cooperation. Exports will certainly help, but ultimately, they’ll need to help each other become more self-sufficient in food production.

Research and technology created in developed countries can be hugely beneficial, but only with an understanding of developing countries’ needs, and through a dialogue that journalists can help mediate. The federation is calling on journalists in the new member countries to be active in shaping the way this new development evolves…which will not be easy, given that the world overall is trending towards less press freedom, not more. As Freedom House says, globally, conditions for the media deteriorated sharply in 2014, as journalists faced mounting restrictions on the free flow of news and information—including grave threats to their own lives.

I’m interested in what Canadian farmers and other RealAgriculture subscribers think they might gain from a deeper understanding and perspective of modern global agriculture, as offered up by agricultural journalists…and likewise, what knowledge they might contribute.

Canadian farmers have always been development-minded, and stalwarts of international support. Unfortunately, Canada has lost some of its lustre internationally, but with the change in the federal government, we have the potential to re-enter the world stage in a positive way.

Agriculture needs to be central to that effort, and now agricultural journalists are intrinsically connected more than ever.