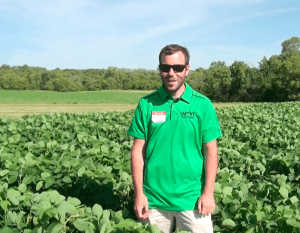 Preliminary research conducted in southern Manitoba is casting some doubt on the common belief that dark, tilled soil is best for planting soybeans in northern growing regions.

Greg Bartley, a graduate student working together with Dr. Yvonne Lawley at the University of Manitoba, is in his second year of comparing how soybeans respond when planted into different tillage treatments. The study, which started in Carman in 2014, has expanded to a second location at Melita this year, with five tillage scenarios at both sites: disced soil, strip till, short wheat stubble, tall wheat stubble and a fall rye cover crop. A sixth treatment — stubble burning — is also part of the trial at Melita.

As Bartley explains in this Soybean School West episode, they’re looking at the effect each residue treatment has on soil temperatures, soil moisture, emergence and ultimately, soybean yield. (continued…)

While the strip till plot at the U of M’s research farm at Carman yielded slightly higher than the other treatments last year (see side chart), Bartley says they’re seeing surprisingly little difference between the five tillage scenarios.

“No conclusions can really be made yet, but it’s looking like we can maybe do one less pass of tillage. I’m not saying go full no-till, but you don’t need that black soil. Especially when this spring, we had big wind events, there was lots of erosion going on and a bit of residue left on the soil can stop that,” he notes.

Dig into the Soybean School archives!

While it’s common in southern Manitoba to till fields intended for soybeans in fall to help them warm up sooner in spring, Bartley says by the recommended planting period in mid-May, soil temperatures were nearly identical in all five treatments (see chart below for more info.)

From a moisture perspective, he says the improved soil structure from increased residue might help with traffic in spring, while also noting the increased moisture capacity in reduced tillage conditions could benefit the crop during pod development later in the season.

It is important to note that the plots seen in the video were planted in near-ideal conditions in late May.

“I think if we really push this experiment, planted into a cold soil where it’s not ideal, then I think we might pull out some differences in these treatments,” he says.

Bartley adds there are plans to continue the Manitoba Pulse and Soybean Growers-funded study for at least one more year.

Similar work looking at soybeans’ response to tillage systems has also been done by North Dakota State University (read some of their findings here.)

Here’s a summary of conditions and emergence in different tillage treatments at Carman this spring: 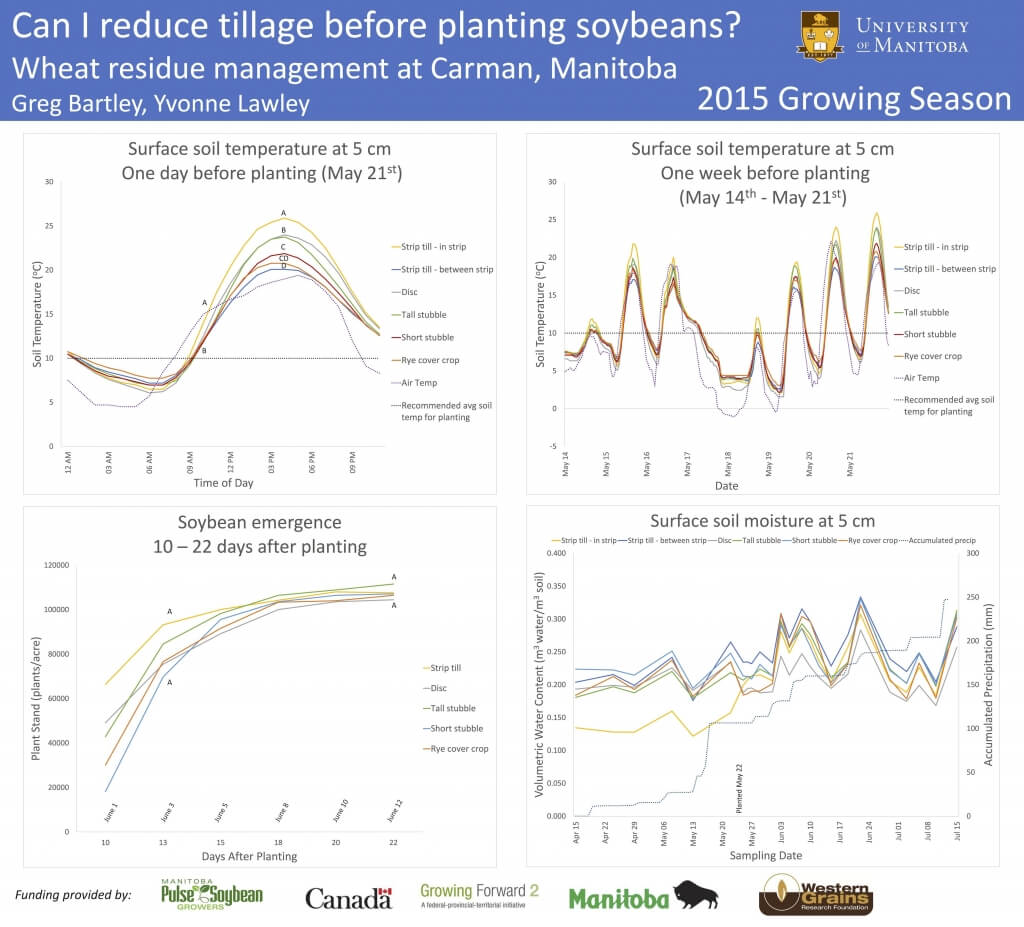