Farmers who know they can grow barley and “make malt” are sometimes frustrated by the narrow margin of error on the specs required for malting acceptance, and for good reason. Malsters have to be incredibly choosey in their choice of malting barley for one reason — meeting the brewmasters’ demands. 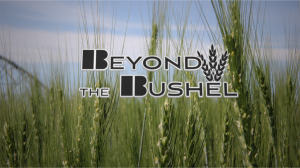 From how the barley is handled, to its plumpness, germ and more, in this last episode of Beyond the Bushel we dig into how and why malting specs impact the very refreshing final product of malting barley — beer.

Check out the entire Beyond the Bushel series here

In this episode, we first speak with Darren Marson, of Canada Malting Co., about the role malsters play in the barley value chain, and he busts some common myths about malting barley selection.

From there, we get an answer to a rather important question: what on earth does a brewmaster actually do? Kent Patterson, brewmaster of Banff Avenue Brewing, talks us through the beer making process, worts and all, and shows us how being “off spec” can have disastrous effects at the brewing level.